Koffi Olomidé cleared of rape but convicted of holding dancers 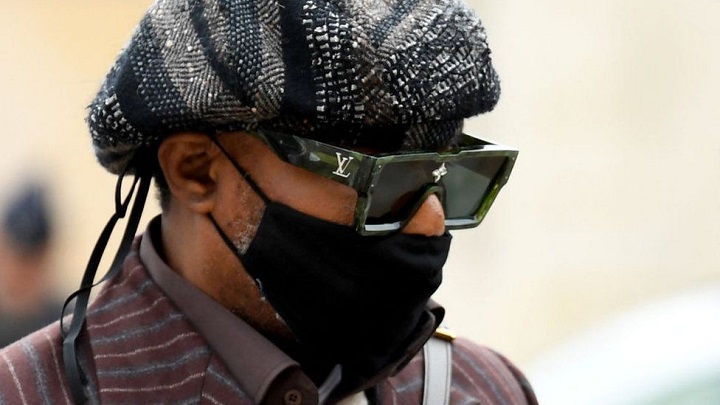 An appeals court in France has cleared Congolese music star Koffi Olomidé of sexually assaulting four of his former dancers, but convicted him of holding the women against their will.

The court overturned a 2019 ruling that found him guilty of the statutory rape of one of the dancers when she was 15.

But he was convicted of depriving the women of their liberty at a villa in Paris between 2002 and 2006.

He is to serve an 18-month suspended sentence and pay them compensation.

The public prosecutor had called for a minimum sentence of eight years.

His accusers would "obviously be disappointed about the sexual assault verdicts because for them this was the most important thing", said lawyer David Desgranges who was representing three of the women.

One of them had alleged he had assaulted them "in hotels, sometimes in the cars... in recording studios".

The court in Versailles did not find Olomidé guilty of sexual assault, with the judge overturning the rape charge over "changing and sometimes contradictory" evidence from his accusers.

However the court found his actions saw the women "deprived of all liberties and constantly watched" by two of his accomplices who shut them in a room with the blinds drawn.

Olomidé, whose real name is Antoine Agbepa Mumba, is one of Africa's most popular singers.

The 65-year-old is a huge star of rumba and soukous music which are popular across much of Africa. One of the best-loved hits of his long career is 1997's Loi.

The singer has been in trouble with the law several times before:

In 2018 Zambia ordered his arrest after he allegedly assaulted a photographer
In 2016 he was arrested and deported after he assaulted one of his dancers in Kenya
In 2012 he was convicted in DR Congo of assaulting his producer and received a three-month suspended prison sentence
In 2008 he was accused of kicking a cameraman from DR Congo's private RTGA television station and breaking his camera at a concert, but the two later were later reconciled