CEEK to roll out more virtual concerts with Ghanaian artists 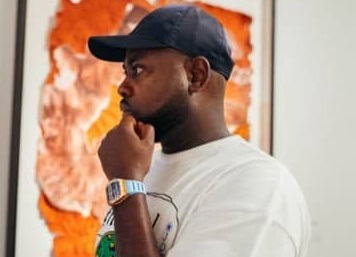 CEEK, a platform that allows musicians and creatives to mainly monetise their work in the forms of virtual concerts, exclusive music videos, or even behind the scenes and interviews, has hinted at upcoming premium content from Ghanaian artists.

Creative Director of CEEK, KJ Spio has revealed that the platform has already set in motion projects with a least six Ghanaian artists.

“We have a lot of content planned and we have a lot of virtual concerts coming up. As we have established already with the likes of Sarkodie, we always pick the most unique locations and themes.

"We are actually curating specific and original content, where we will create original music, music videos, exclusively for the platform. We have about six Ghanaian artists we’ve already set in motion that will be seen in the first quarter of 2022. So, it’s very very exciting,” he stated.

CEEK started about four years ago and the first few years were mainly about developing the concept and platform to what it is now.

It’s been working with a wide range of artists from pop stars to Afrobeats artists, rappers, to even reality stars as well. In Ghana, their biggest imprint has been the production of Sarkodie’s 'Black Love’ virtual concert held at Independence Square, in Accra.

KJ Spio urged Ghanaians to sign up on CEEK for more exciting and exclusive multi-genre content from around the world.

“I think everyone should sign up. We have different content that caters to different people. What I have noticed so far is that for instance, if Kotoko is playing a live match, we find their fans signing up to watch the match. So, I think it is a gradual process. We want to create stuff that would be exciting enough for people to sign up.”

Read also: Proud moments for me - Fritz Baffour on growth of comedy industry

KJ Spio is a leading artist manager and label executive who has gained international success with artists from across the globe such as Cadet, Big Narstie, Sarkodie, Efya and Blaq Jerzee.

A creative in the truest sense, KJ has led on creative direction (CEEK virtual concert series), executive production and A&R (Sarkodie's No Pressure).

Utilising his experience within the music industry KJ has led on developing label services and consultancy to support the next generation of creative talent.

KJ's business acumen and creative mindset have seen him partner with the likes of NFL, Audiomack, IMG Talent, Reebok, Ditto, Moneygram and Belaire to create iconic moments that connect with audiences worldwide.