I want my children back – Funny Face tells runaway wife 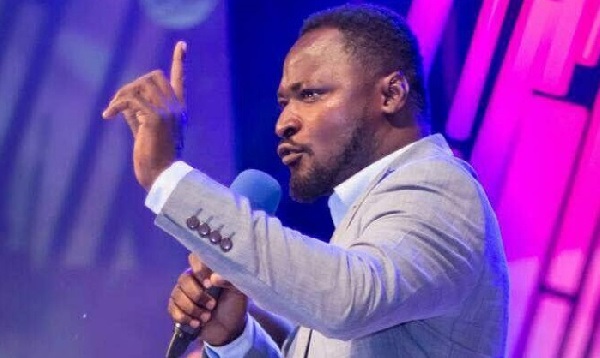 Comedian/actor Funny Face has obviously not been in a good place over the last few weeks.

For some time now, he has been having outbursts on social media; he has made allegations against some of his colleague actors, Kwadwo Nkansah (Lil Win), Bismark the Joke and Kalybos claiming they were scheming against him.

He also claimed that the mother of his twin girls Ella and Bella had run away with them and he fingered Lil Win that he advised her to leave.

Now in videos he posted on his social media handles over the weekend, Funny Face has demanded that his wife return his children or he will take some drastic actions.

Accrding to him, he can take better care of the children than his wife because she doesn't work and cannot ensure Ella and Bella are well taken care of.

“I am making this video today for every Ghanaian to know that I stand a better chance of taking care of my children than my wife.

"As I speak now my wife is not working so how is she going to take care of the children? They had a better life with me before my wife took them away and I am using this media to tell her I need my children back,” he said.

According to him he is a 'hustler' and once he steps out he can make money in no time from the company that signed him.

He said his wife should not be selfish because it can destroy the future of the girls. “The love I have for my girls has reduced but as a father I need to take care of my children and I would do anything possible to take care of them."

Some days ago, Funny Face was in the news for shedding tears on GHOne TV about his inability to see his girls.

See the video below: