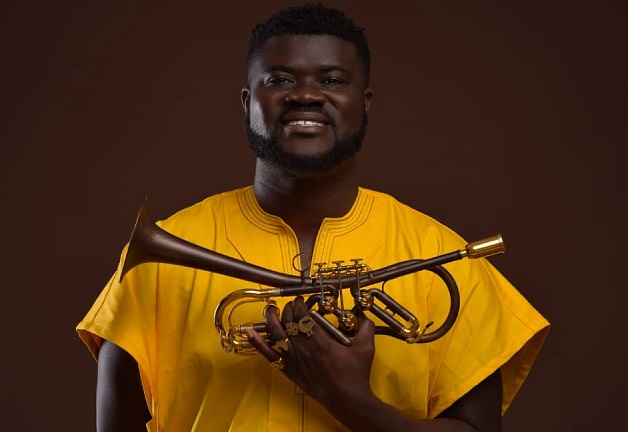 Schagerl, which has been in the business since 1961, is an exclusive brand whose instruments are handmade by expert craftsmen.

In fact, only two of its Spyder trumpet model are made in a year because it takes six months to make just one trumpet.

And now Berima Amo has become a Schagerl Music artiste; he is now the proud of owner of Schagerl Number 19.

In an interview with the Daily Graphic, he said, “I am thankful to God for such an opportunity to represent the Schagerl brand, this is for the whole African continent.”

In celebration of his endorsement deal, Berima Amo, who is into Highlife and Afro Jazz, has released a visual EP titled Afrovibes & Rhythms.

According to Berima Amo, “In an era where there's a decline in real authentic African music, these sounds are a breath of fresh air for the global world music scene.

“ I am super excited because I have always wanted to make a record without western drums and rather with exclusively African drums.”

He told Daily Graphic that he planned to release songs for four consecutive weeks this month.

Berima Amo has a number of albums to his credit, including Journey of the African Drum released in 2018. Last year, he released a project called Year of Return which had three singles, Yaa Amponsah, Ama Bonsu and Wotamo Ame.

His albums are available on iTunes, Spotify, Deezer and other streaming platforms.