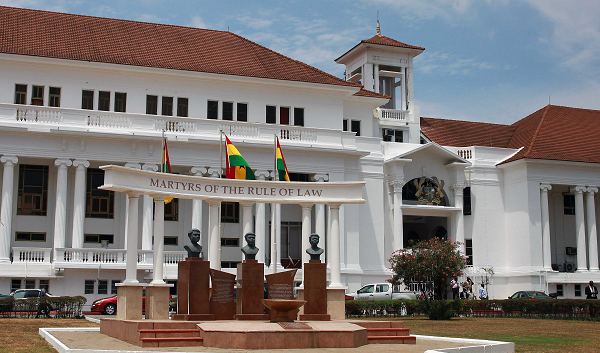 The Supreme Court has spoken. In a unanimous decision, the apex court yesterday dismissed the petition filed by former President John Dramani Mahama.

Mr Mahama had earlier this year petitioned the court to quash the December 7, 2020 presidential election and order a rerun.

After perusing the evidence on record, the Supreme Court found no merit in the case. This ruling, undoubtedly, brings finality to the 2020 presidential election.

We do also recognise that while the respondents will surely welcome the ruling, the petitioner will feel disappointed. But that is the beauty of democracy. In all democratic contests, there will always be a winner and a loser. But once the exercise is over, it must give way to the parties working together, all in the collective interest of the citizenry and the nation at large.

We at the Daily Graphic are satisfied that at last, the curtains on this very important trial have finally been drawn.

However, we will like to plead with the respective parties to the suit to set good examples for their followers by showing good leadership and political maturity to cool the political temperature of the nation.

More especially, we appeal to the leadership of the National Democratic Congress, since the decision did not go in their favour, to hold their nerve and be measured in their reaction so as not to disturb the peace of the nation.

The media, which we proudly belong, especially the electronic media, bear a particularly weighty responsibility to ensure that the commentaries do not incite hatred against the judges nor threaten national cohesion.

The role played by radio in fomenting and inciting the ethnic attacks that snowballed into the Rwandan genocide must continue to serve as a cautionary tale about the dangers to national cohesion that reckless partisan journalism can provoke.

In our context, local language radio deserves particular mention in this regard, as often the language and overall tone of the discussion and commentary on these channels are needlessly intemperate and provoking, often crossing the bounds of professionalism and journalistic ethics.

The growing number of overtly partisan FM stations owned and controlled by known party politicians and activists is a particular source of concern, especially the careless abandon with which they have blurred all the journalistic standards.

We must draw inspiration and lessons from how far a journey we have travelled since 1993, particularly in the light of our history before then. We can be justifiably proud of the gains we have made as a young democracy.

Notably, we have institutionalised presidential term limits, a troubling challenge still for many in our neighbourhood. We have transferred power, and on time, between rival political parties multiple times without a fight other than a fight between lawyers in a court of law. We have embraced and internalised the rules of the electoral game, including, importantly, the idea that power is necessarily transient, and that parties come and go but Ghana remains. We have also come to accept that the only legitimate power is that which comes from the will of the people as expressed in free, fair and rule-based elections.

We have even lived to see the emergence of elections that are fought on the basis of competing party manifestos and records in office.

These gains and lessons must continue to inspire us to deepen our commitment to democratic pluralism while working to preserve and enhance our national cohesion, always remembering that these two qualities—our democratic pluralism and our enduring national cohesion — while still work-in-progress, are among our principal sources of strength, our soft power in an often-turbulent neighbourhood.

May we continue to keep it that way.