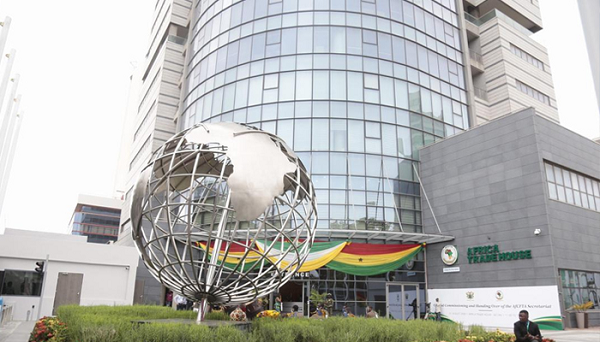 The agreement is expected to favour small and medium-size businesses, usually known by the acronym SMEs, which are responsible for more than 80 per cent of Africa’s employment and 50 per cent of its Gross Domestic Product (GDP).

Obviously, any economic policy that facilitates imports and exports among member countries — with lower or no tariffs, free access to the market and market information and the elimination of trade barriers — offers numerous benefits to SMEs.

And, as the AfCFTA is history's largest free trade agreement, which has a market size in the region of US$3 trillion, most people are excited at the development.

But skeptics have pointed to impending challenges, especially those which affect SMEs, which must be addressed if AfCFTA is to achieve its objectives.

But, first, let’s look at who stands to gain.

The position of the Daily Graphic is that AfCFTA will allow African-owned companies to enter new markets. This will expand their customer base and lead to new products and services, making investment in innovation viable.

We also think that manufacturing represents only about 10 per cent of total GDP in Africa, on average. This is well below the figure in other developing regions. A successful continental free trade area could reduce this gap. A bigger manufacturing sector will lead SMEs to create more well-paid jobs, especially for young people, thereby alleviating poverty.

With restrictions lifted on foreign investments, investors will flock to the continent. This adds capital to expand local industries and boost domestic businesses.

New capital enhances an upward productivity cycle that stimulates the entire economy, while an inflow of foreign capital can also stimulate banking systems, leading to more investment and consumer lending.

While we look for potential gainers, there will be losers, as well.

For instance, many emerging African markets are traditional economies that rely on farming for employment. These small family farms cannot compete with large agri-businesses in high-income African countries such as South Africa, Kenya, Ethiopia, Egypt and Nigeria. As a result, the small farmers may lose their farms, leading to high unemployment, crime and poverty.

It is a fact that consumers always prefer cheaper products. This may lead to local producers losing huge sales to foreign suppliers because the latter can lower the cost of their products by leveraging the reduced tariffs imposed on imported goods.

Many African countries don't have laws in place that protect patents, inventions and new processes. The few countries that have those laws do not always strictly enforce them. As a result, ideas of companies often get stolen. With the AfCFTA, this could get worse, leading SMEs to invest poorly in research and development.

To scale these hurdles, we believe that without comprehensive policy-making and preferential treatment for Africa’s most at-risk economies, the AfCFTA could prove to be a force for economic divergence, rather than a force for good.

Although it is early days yet, the AfCFTA Secretariat has been quite proactive in its engagement with stakeholders since the implementation began, which is good. And this gives us hope that the secretariat will hold the hands of participating countries to build an efficient and participatory institutional architecture to avoid leaving any economies behind.

To increase the impact of the trade deal, the secretariat must ensure that industrial policies are in place, especially those concerning SMEs and manufacturing. These must focus on productivity, competition, diversification and economic complexity.