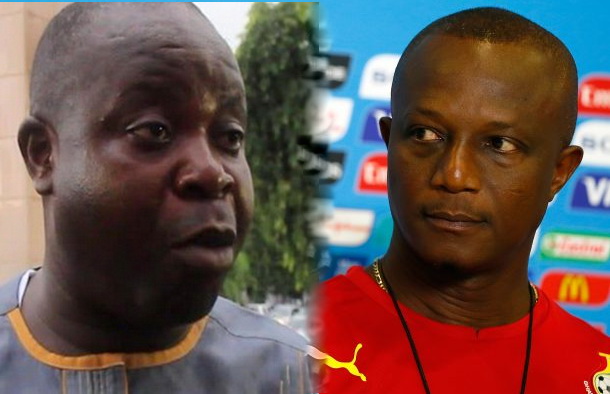 Ransford Antwi says Asare Brako, a former broadcaster and commentator, has disparaged former Coach of the Black Stars, James Kwasi Appiah enough, and must not be allowed to continue.

Mr. Antwi, himself an astute football administrator and a former CEO of BA United F/C is livid about what he describes as the “persistent verbal assault by the Spokesperson of the Minister of Sports” on a decent personality like Coach Kwasi Appiah, whose credentials as a former Black Stars' player, Captain and Coach on two separate occasions, makes him one of the most respected individuals, not only in Ghana but all over the world.

“It is therefore unthinkable for Kofi Asare Brako to be allowed to do something that even the President of the Republic will / cannot do”, he lamented.

The media mogul regrets that both the Communication outfits of the Ministry of Sports and the GFA have failed woefully in their response to a legitimate payment demand by Appiah who served his nation wholeheartedly.

“Indeed, if the FA thought they were not responsible for the payment of the Coach's salaries, what stopped them from simply acknowledging receipt of his letter and assuring him that it would be forwarded to the appropriate quarters for action,” quipped Ransford who also questioned “what also prevented the Ministry from clarifying that its attention had been drawn to the matter and that it was taking steps to effect payment or otherwise?”

Asare Brako has been quoted by sections of the media questioning the patriotism of Appiah in demanding a balance of his terminated contract to coach the Black Stars and for threatening to take the matter to FIFA.

A close ally of the former Black Stars coach had alleged the coach was growing frustrated over delays by the Ghana Football Association to pay him some $185,000, suggesting also that he might resort to FIFA as a final option to retrieve what was due him.

Mr Antwi says he is disgusted at a suggestion by the spokesperson to the effect that the nation did Kwasi Appiah a favour by employing him, and questioned the rationale for extending his contract with enhanced remunerations if they knew he was not qualified for the job.

He warned against these delay antics to pay Appiah, saying the actions are dragging the names of the Ghana FA, the Ministry and the Presidency into serious disrepute.