Richard Commey will have one of the toughest tests of his career as he moves up in weight to face Jose Pedraza in the coming months.

The former IBF lightweight champion made the right decision to move to 140 pounds after his last defeat to Vasyl Lomachenko but taking on Pedraza would verify the Ghanaian’s readiness as a super lightweight.

Commey has come a long way in the sport and having attempted the lightweight world championship twice before winning it, the boxer knows what it takes to make it at the bigger stage.

The decision to move up in weight was not an overnight decision but one that was needed to accommodate his growth and size.
Lightweight has been good for Commey all these years and after winning a world title there and losing it, the change in division was the only option available to try new things.

But what does the super lightweight division mean to him? That will be tested in the Pedraza bout should everything goes on as planned.

That fight is what Commey needs to know whether he still has what it takes to be challenging at the highest level of the sport. 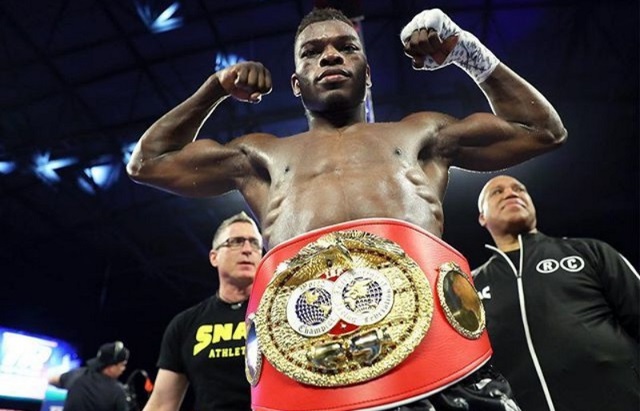 Tale of the tape

Pedraza is not a pushover and has won world titles in two divisions — super featherweight and lightweight. He comes into the bout against Commey having fought seven world championship with four wins and three defeats.

The Puerto Rican is a tough customer whose experience would be brought to bear against his Ghanaian opponent but Commey has been there before.

Commey has four world championship bouts to his credit with two wins and two defeats, and has also shared the ring with big names in the sport.

His maiden world title challenge was against Robert Easter Jnr in 2016 which he lost before taking the advantage to win it two years later against Russia’s Isa Chaniev.

Commey successfully defended his IBF belt against former champion Ray Beltran, a fighter who lost his WBO title to Pedraza in 2018. In his second defence, he lost to Teofimo Lopez — one of the best fighters at 135 pounds currently.

In Commey’s last fight, he lost a one-sided unanimous decision to legendary Lomachenko but the Ghanaian has garnered a lot of experience to be able to deal with any threat from Pedraza who has also faced big names such as Gervonta ‘Tank’ Davis and Vasyl Lomachenko.

I anticipate a slugfest when the fight comes off but Commey must force a win if he wants to stand a chance of becoming a two-division champion. That is possible but only a victory can seal that.

It is important for Commey to salvage what is left of his career, especially when he doesn’t have age on his side and that starts from the Pedraza fight.

At 35 years, Commey does not have eye on his side and is nearing the end of a rollercoaster career but I trust him to finish on a higher note.

His predecessors Azumah Nelson, Ike ‘Bazooka’ Quartey, Joshua Clottey, and Joseph Agbeko all ended their careers on a bright note and I expect Commey’s career to go on that same tangent.

A win against Pedraza will open another chapter in Commey’s career as he chases another world title in a new division.

It is not going to be an easy task ahead but it is not bigger than Commey to achieve. He must just focus on going past  Pedraza first and the rest would follow.

Super lightweight is a division dominated by Josh Taylor who holds all four recognised belts — WBC, WBA, IBF and WBO and must be Commey’s target if he can win a title at 140 pounds.

The undisputed champion doesn’t come that cheap and would take an extraordinary performance from any opponent to dethrone him.
But for now, Commey must deal with Pedraza first.