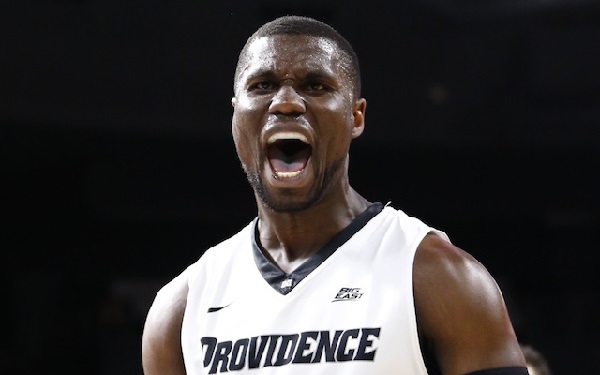 Ghanaian basketball star Ben Bentil made history on Thursday morning (March 2, 2017), becoming the first player born in the country to play in the NBA on his debut with the Dallas Mavericks.

It was a bitter-sweet experience Bentil, 21, as the Dallas Mavericks forward saw his side lose the regular season game 95-100 to the Atlanta Hawks.

Bentil entered the game with only four minutes and 28 seconds left to play in the second quarter and failed to score a point in his time on the court.

Bentil came on as a substitute for Dorian Finney-Smith with the Dallas Mavericks trailing 37-48 and his only notable contribution was a shooting foul on Hawks power forward Paul Millsap.

He played a total of four minutes in the game as Dallas lost and slid down to 12th in the Western Conference standings.

The 21-year-old failed to come off the bench in a previous game against Miami Heat when he was named on the substitutes bench.

Bentil earned a 10 day contract with the Mavericks after averaging 14 points and five rebounds for Fort Wayne Mad Ants in the NBA’s lower tier division; the Development League.

The Dallas Mavericks announced on February 26, 2017 that they have signed rookie forward Ben Bentil to a 10-day contract. Per team policy, terms of the deal were not disclosed.

On October 31, Bentil was acquired by the Fort Wayne Mad Ants of the NBA Development League. After appearing in just one D-League game for the Mad Ants, he left the team in mid-November to play in China for the Xinjiang Flying Tigers. On Jan. 16, Bentil returned to the Mad Ants after appearing in 11 games for Xinjiang.

A native of Sekondi-Takoradi, Ghana, Bentil played two seasons at Providence from 2014-16. As a sophomore in 2015-16, he led the Big East in scoring (21.1 ppg), field goals made (246) and free throws made (194) en route to earning First Team All-Big East and Big East Most Improved Player honors. Bentil declared for the NBA Draft following his sophomore season.

Bentil wears No. 42 for the Mavericks.