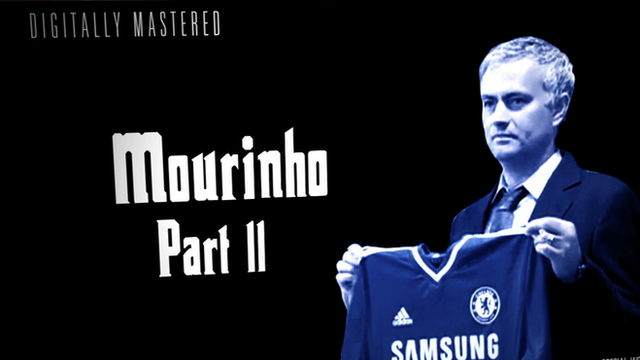 says John Terry will stay as Chelsea club captain but has refused to be drawn on whether he wants to sign Manchester United striker Wayne Rooney.
Terry, 32, was captain as Chelsea won two Premier League titles in Mourinho's first spell at Stamford Bridge.

But he was not always selected by interim boss Rafael Benitez during an injury-troubled 2012-13 season.

Mourinho said: "John is the club captain. I'm more than happy with that and so are the fans."

But he insisted there would be "no privilege" for his former players and would not give centre-back Terry reassurances about a regular place, saying: "With the armband? Only when he plays. If he isn't in the starting XI he won't have the armband."

Mourinho, back at Stamford Bridge for a second spell in charge, will also hold talks with Fernando Torres aimed at clarifying the £50m striker's future.

The former Real Madrid manager is in the market for a new forward but sidestepped speculation linking him with 27-year-old Rooney, who asked to leave Old Trafford shortly before Sir Alex Ferguson's retirement and the appointment of David Moyes as Manchester United boss.

He said: "I've learned a few things. One of them is I don't comment on players from other teams. No chance. No chance.

"I think he's at a fantastic age. Maturity, big experience, still young. It is up to him and what he wants, what makes him happy. A little bit like me, he doesn't need one more pound in his contract. One more cup won't make a difference.

"Where is he happy? Where will he find more happiness to have ambition and drive him? I like him as a boy. I wish him well and hope he is happy."

He said: "Fernando is one of the guys I've not spoken to. I've had contact with some but not Fernando, who's with the Spain national team with Juan Mata and Cesar Azpilicueta at the Confederations Cup.

"I won't contact them while they're away. I don't want to be misinterpreted. I will wait until the end of the Confederations Cup and then I will speak with him.

"He's a Chelsea player with a contract. He's more than happy to stay and work hard and I think he deserves that respect from me, especially, and also the club. That respect starts with me speaking to him face-to-face and deciding what is best for all of us.

"If the best for all of us is for Fernando to stay, let's help him and try to get the best out of him."