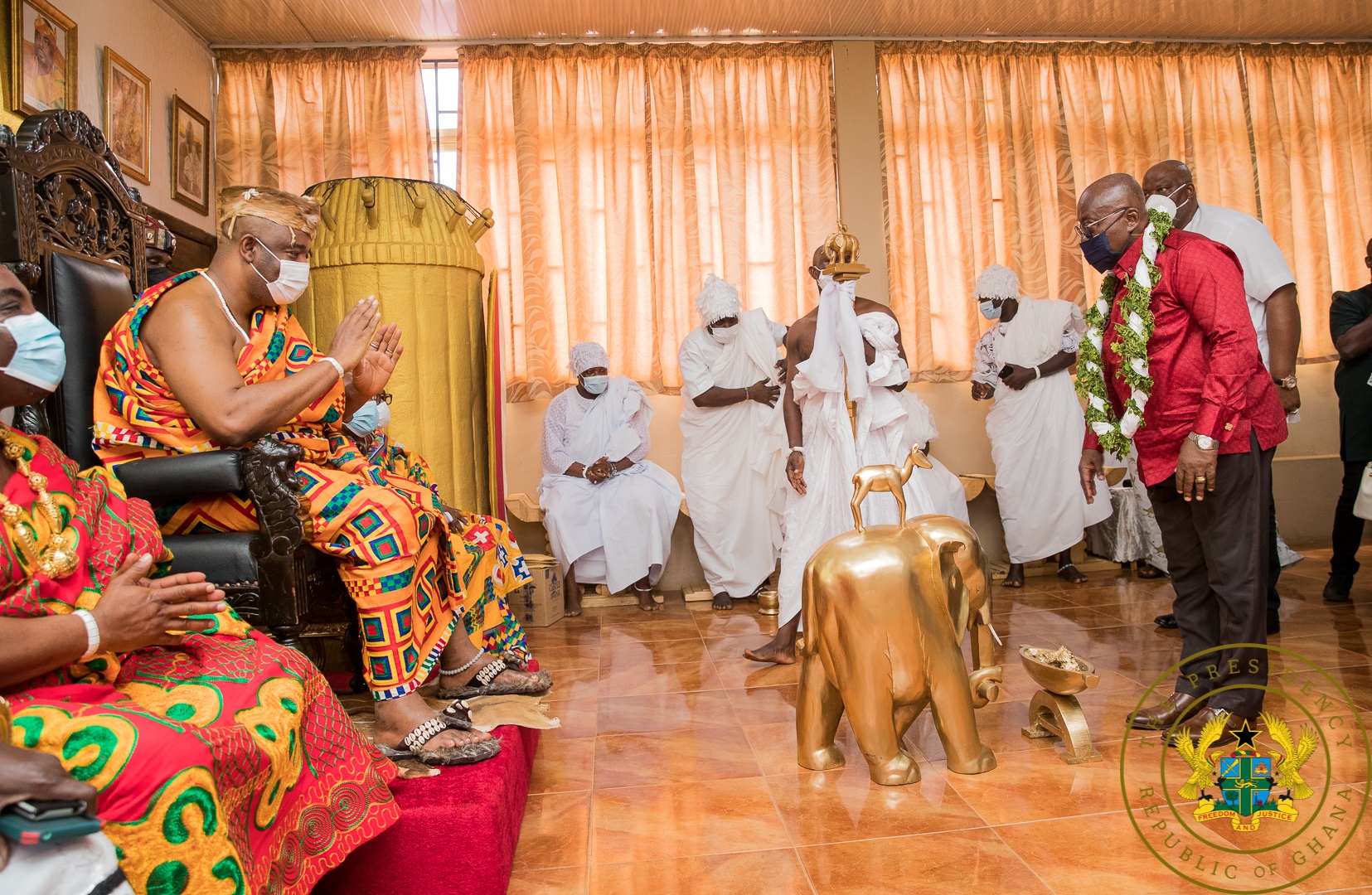 The Ga Mantse, King Tackie Teiko Tsuru II, has applauded the impact of the policies, programmes and developmental projects undertaken by the Government of the President of the Republic, Nana Addo Dankwa Akufo-Addo, in the Greater Accra Region.

Delivering a statement on Friday, (October 22, 2021), when President Akufo-Addo paid a courtesy call on him, as part of his working visit to the Greater Accra Region, the Ga Mantse stated that "Your Excellency, we are seeing development in Accra. But we encourage you to do more."

According to, the Ga State “recognizes and appreciates the developmental projects being undertaken in the Ga State, for example the James Town Fishing Harbour and the Salaga Market.”

Pursuant to this, “the Chiefs of the Ga State shall collaborate with President at all times to ensure that Accra becomes the cleanest city in Africa. In that regard, all the Chiefs in the Ga State pledge to be ambassadors in promoting the clean Accra Agenda.”

The Ga Mantse also commended President Akufo-Addo, “for the various social interventions introduced, especially in the midst of the COVID-19 pandemic, and the nomination of the first female Mayor of Accra.”

He also extended the appreciation of the Chiefs of the Ga State, for the appointments of Nii Dakutso Otsii I, Member of the Council of State, the Greater Accra Regional Minister, Hon. Henry Quartey; and Mr. Edwin Obodai Provencal, CEO of BOST, who, he described as competent indigenes of the Ga State.

The Ga Mantse was confident that the newly confirmed Metropolitan, Municipal and District Chief Executives (MMDCEs) “will work together with the Regional Minister, Local Government Minister and we the traditional leaders to make Accra work again.”

Nii Tackie Teiko Tsuru II, appealed to the President to assist ongoing efforts to change the name of the region to Ga Dangme Region, “in order to advance the unification and consolidation of Ga Dangme and to increase the teaching of the Ga language in schools in the region”.