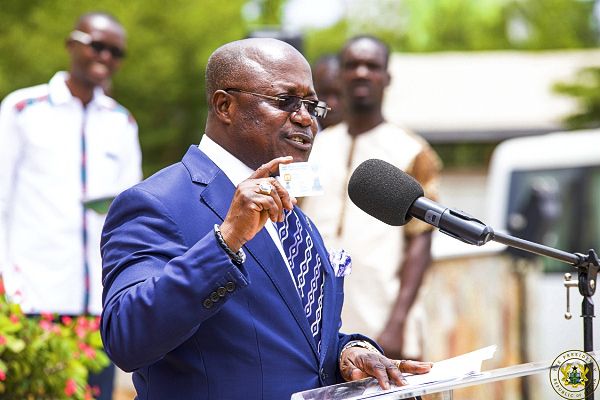 The National Identification Authority (NIA) says it is fully committed to the ongoing SIM card re-registration exercise using the Ghana card as a form of verification.

It has therefore refuted assertions making rounds on social media that it was not supportive of the SIM card registration process using the Ghana card.

A press statement dated Wednesday, January 19, 2022 and issued by the NIA said a leaked letter on the issue in circulation was indeed from the NIA but had been twisted to create the impression that the NIA was not in support of the SIM card registration.

The said letter, the statement explained, was a response from the Executive Secretary of the NIA, Prof Kenneth Agyemang Attafuah, to some technical clarification from the Ghana Chamber of Telecommunications (GCT) on the potential interface between the National Identification System (NIS) and the planned SIM registration exercise.

“In NIA’s response of 13th September 2021, the Executive Secretary of NIA addressed himself solely to the technical questions posed by the GCT.

“The NIA maintained that it stands by every statement contained in its response letter of 13th September 2021 as being technically factual, accurate, correct and honest.

“The letter was duly copied to the Hon. Minister for the Interior who is the Minister responsible for the NIS, the Hon. Attorney-General and Minister for Justice, and the Executive Chairman of Identity Management Systems II Limited (IMS II),” the statement explained.

The NIA said its response to the request from the GCT should not be skewed that it was not in support of the Sim registration exercise.

“For the avoidance of doubt, NIA reiterates its ardent support for SIM card registration in this country as an important Government policy. The NIA greatly values inter-agency co-operation and collaboration for the attainment of the government’s development policies and programs.

To this end, it has successfully co-operated, within the framework of the law and public policy, with other user agencies such as SSNIT, NHIA, GRA and the Controller & Accountant-General’s Department in advancing data harmonization and integration in this country, and will continue to do so with the NCA and other state institutions,” the statement added.

The letter from the NIA purported to be a response to the NCA on the processes that led to the ongoing compulsory SIM re-registration exercise, has raised questions about the legality and sanctity of the process.

In the letter dated September 13, 2021, NIA responded to three key issues, one of which was to confirm whether or not “the biometric data to be collected by the NCA for the purpose of SIM registration is in a format, and of sufficiently high quality for successful verification against the National Identity System”. The NIA answered in the negative.

“The design and development of the process by which the National Communications Authority (NCA), acting by itself or through a third party, will collect and store biometric data of SIM card holders is exclusive to the NCA. NIA does not have any input in the development of the said Android Registration Application.

“NIA is unable to confirm that the biometric data to be collected by the NCA for the purpose described above will meet the standard to enable successful verification against the National Identification System (NIS) database” parts of the letter reads.

The NIA, citing Regulation 7 of the National Identity Register Regulations, 2012 (L.I 2111) argued it is the institution responsible for verifying the identity of all persons who seek to partake in transactions which require the verification of identity, as such an exercise of that nature requires their involvement.” 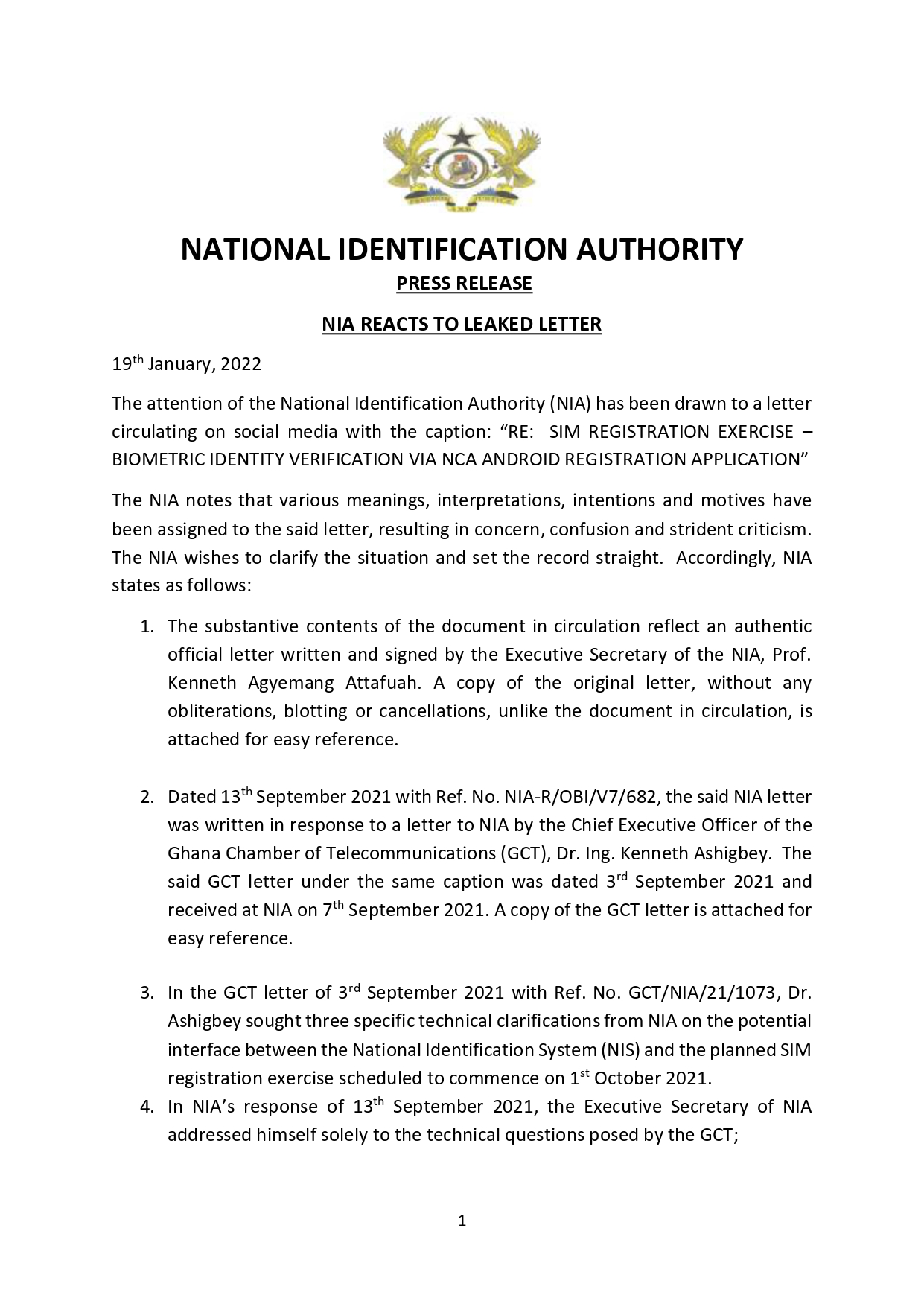 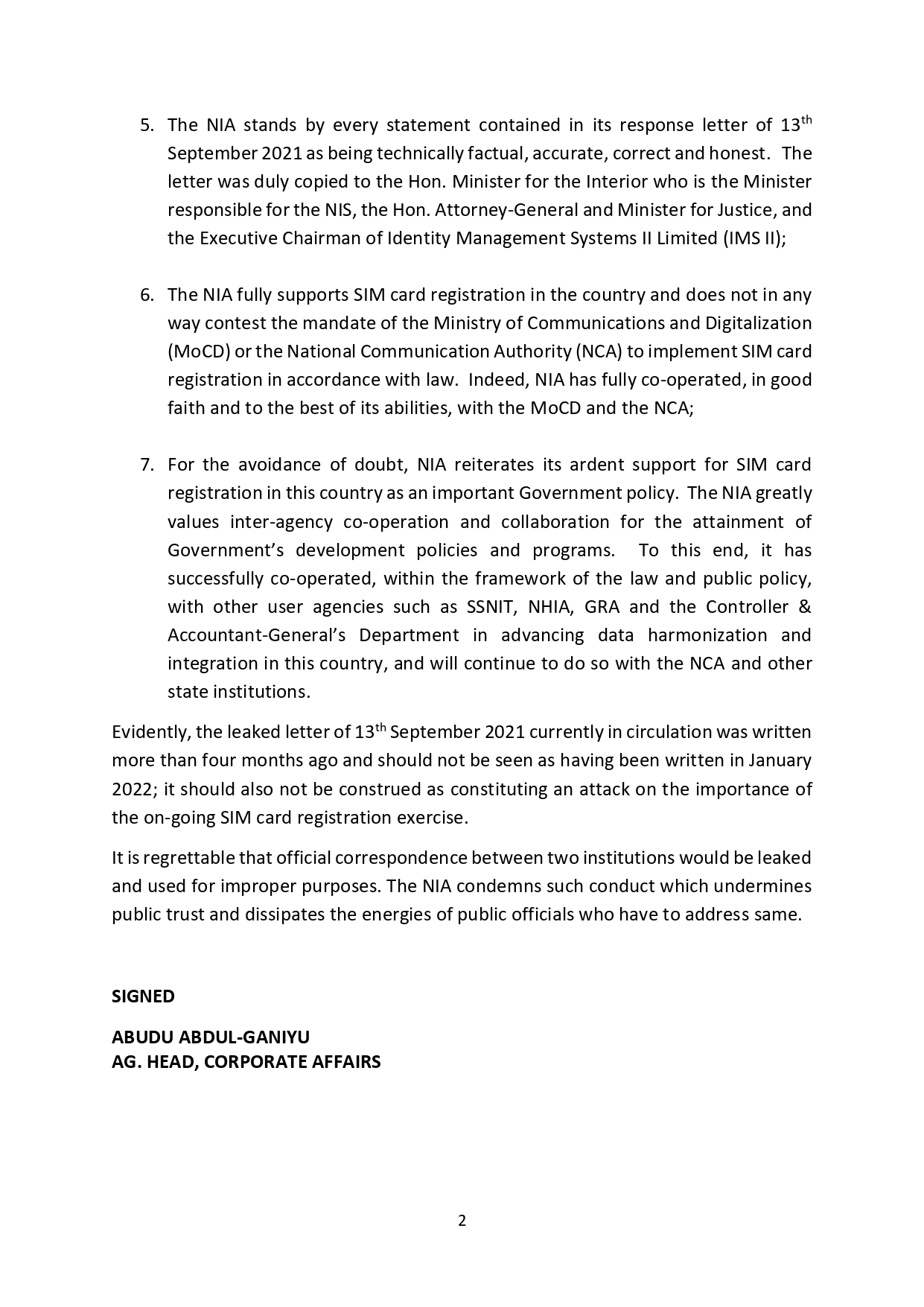 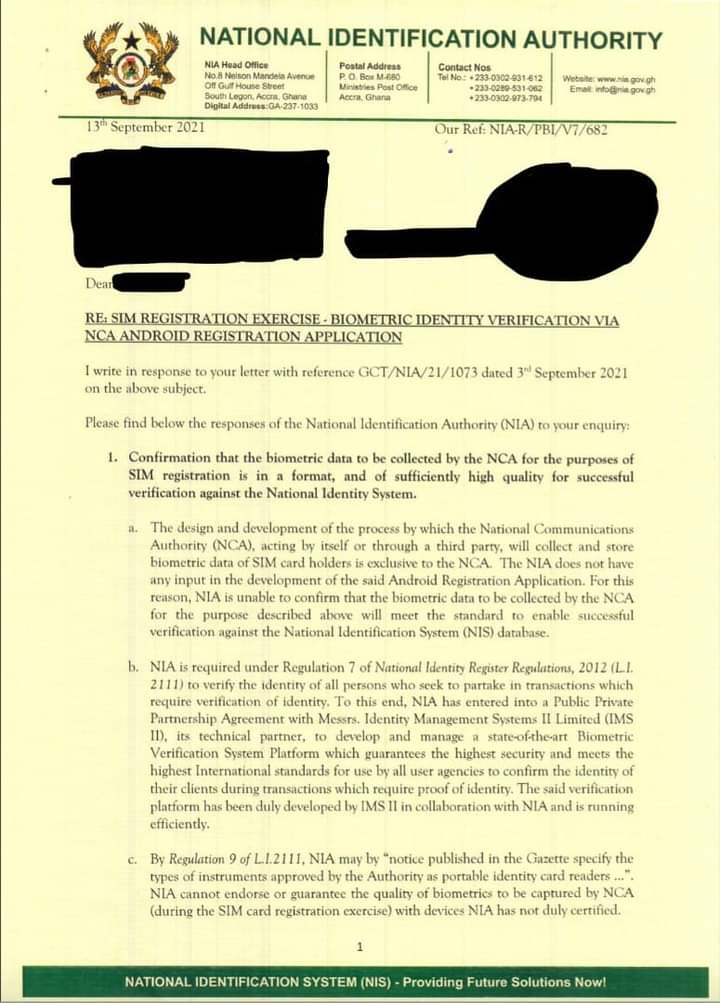 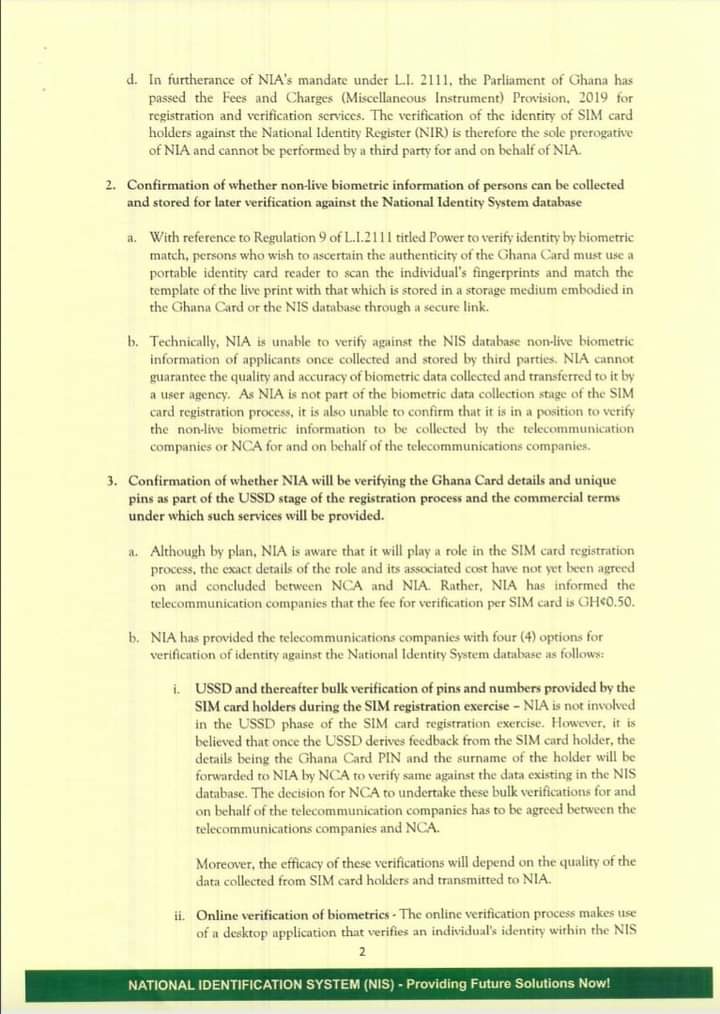 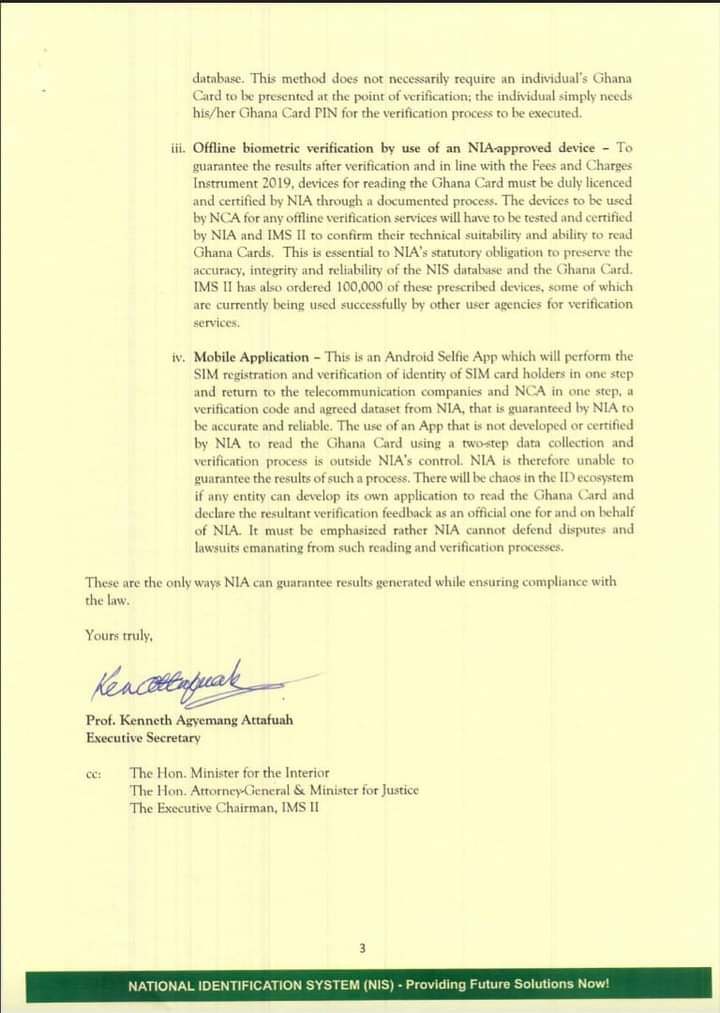