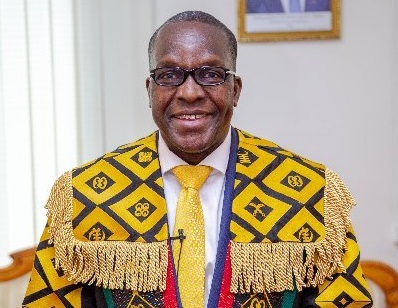 The Forum for Former Members of Parliament has called for restraint and calm on the part of all interested parties in the ongoing public discussion of the security detail for the Speaker of Parliament.

According to the Forum in a statement it issued Wednesday, it has followed with keen interest, all communications on the decision of the Military High Command to withdraw the military attachment to the Speaker's security for proper formalization of the posting of the said officers.

It said the action of the Military High Command was ill-timed particularly following the feuding in Parliament between the Majority and Minority on budgetary issues which seems to point to bad blood between the Legislature and Executive.

“The Forum believes and prays that it be a caution that henceforth, in the interest of the nation, any communication from any quarters whatsoever that seeks to blame, slight or score political points should be avoided. The pathway now should be consensus building so as to achieve peace and harmony. The Forum hopes that security issues of this nature are never put in the court of public opinion.”

The Forum consequently called on the Ministers for Defence and National Security, as well as the Ghana Armed Forces to “as a matter of urgency look into the possible regularisation of the reposting of the withdrawn officers to augment the security apparatus of the number three gentleman of the land.”

“The Forum wishes to use the occasion to call on all and sundry to place the survival, wellbeing and prosperity of our dear nation paramount above all other interests”, said the statement signed by the duo of David Apasera and Timothy Ataboadey Awontiirim, President and PRO of the Forum respectively.

The Minority and Majority sides of parliament have engaged in counter accusations over the motivation for the recent withdrawal of some soldiers from the security detail of the Speaker, Mr. Alban Bagbin.