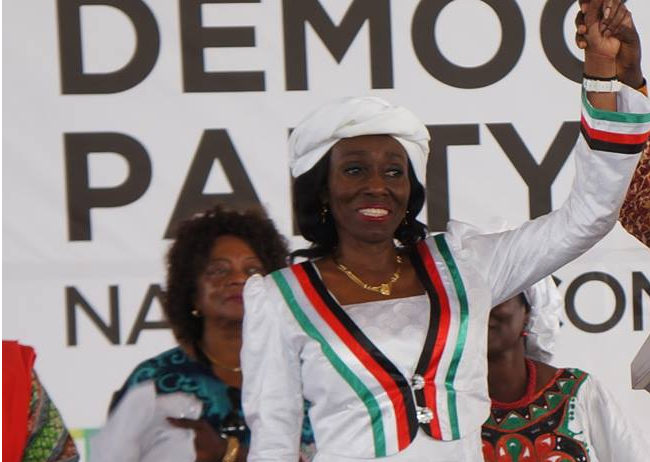 The National Democratic Party (NDP) will, on Friday acclaim former First Lady, Nana Konadu Agyeman Rawlings, as flagbearer ahead of the 2020 elections.

This will be the second time Mrs Rawlings would be running as a presidential candidate should she be endorsed at the party’s congress scheduled to take place on Friday, September 4 and Saturday, September 5, 2020.

A statement issued and signed by the party’s General Secretary, Alhaji Mohammed Frimpong, said the former First Lady was chosen out of three aspirants.

The statement said former President and founder of the National Democratic Congress (NDC), Mr Jerry John Rawlings would be the guest speaker for the day.

“This Friday because of COVID-19 protocols, five [delegates] each from each of the 16 regions will be trooping into Accra for an in-house session to endorse the flagbearer and national executives. And on Saturday from 10:00 am to 12:00 pm will be the outdooring our national officers, including the flagbearer,” the statement said.

Nana Konadu was formerly a high ranking member of the National Democratic Congress before breaking away.

In 2012, the Electoral Commission (EC) disqualified her and 11 other presidential candidates for failing to meet requirements before the September 30 deadline to file nomination documents.

She contested again in 2016 on the ticket of the NDP.