Campaign to get Yahya Jammeh extradited to Ghana begins 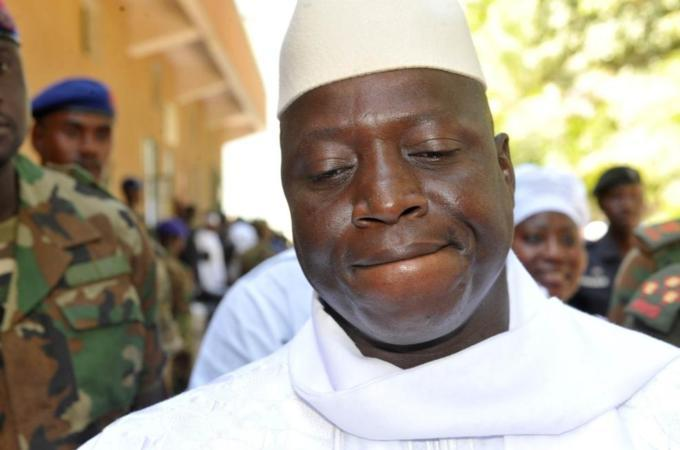 A campaign has been initiated to get the immediate past President of The Gambia, Mr Yahya Jammeh, extradited to Ghana to stand trial for the gruesome murder of some 44 Ghanaians in The Gambia in 2005.

The move, led by international human rights groups Human Rights Watch (HRW) and TRIAL International, followed new evidence gathered by the two bodies which point to the fact that former President Jammeh was complicit in the murder of the 44.

The latest revelation stands in sharp contrast to a report by a joint Economic Community Of West African States/United Nations (ECOWAS/UN) team which though not made public, concluded that The Gambian government was not “directly or indirectly complicit” in the deaths and disappearances but rather, that “rogue elements” in The Gambia’s security services “acting on their own” were probably responsible.

Addressing the media at an event to officially announce the quest to have Jammeh extradited for trial in Ghana, Mr Reed Brody, a lawyer at the Human Rights Watch, said following the exit of ex-President Jammeh, the organisation had interviews with 30 former Gambian officials, including 11 officers directly involved in the incident.

The interviews, Mr Brody said, revealed that the migrants, who were bound for Europe but were suspected of being mercenaries intent on overthrowing Jammeh, were murdered after having been detained by Jammeh’s closest deputies in the army, navy and police forces.

The witnesses, he said, identified the “Junglers”, a notorious unit that took its orders directly from Jammeh, as those who carried out the killings.

At the event yesterday, Martin Kyere, the sole known Ghanaian survivor, the families of the disappeared, the family of Saul N’dow, another Ghanaian killed under Jammeh, as well as a number of Ghanaian human rights organisations, called on the Ghanaian government to investigate the new evidence and potentially seek Jammeh’s extradition and prosecution in Ghana.

Jammeh’s 22-year rule was marked by widespread abuses, including forced disappearances, extrajudicial killings and arbitrary detention. He sought exile in Equatorial Guinea in January 2017 after losing the December 2016 presidential election to Adama Barrow.

The insiders interviewed by TRIAL International and Human Rights Watch included some of the highest-ranking security commanders in The Gambian government at the time, as well as several officials present at the arrest, detention and transfer of the migrants, a Jungler, who witnessed the killings and two who participated in a subsequent cover-up.