Suspects arrested for posing as Police at NPP Constituency Elections 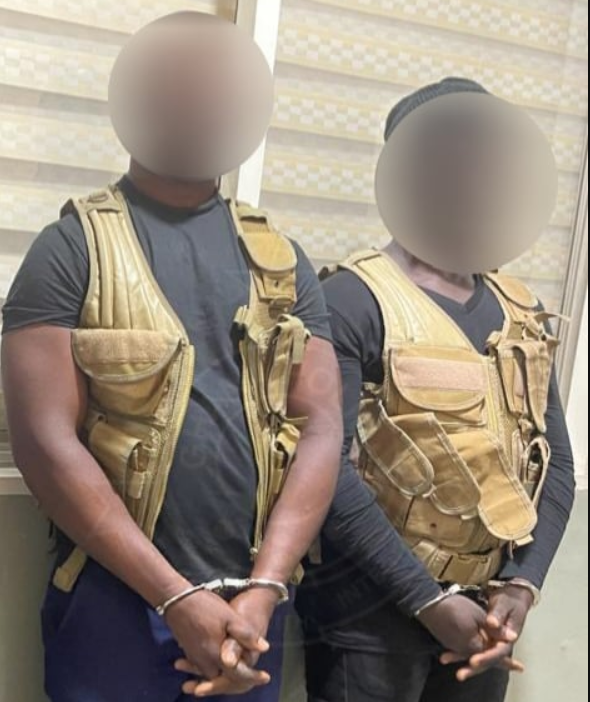 The police have arrested two persons who showed up yesterday at the New Patriotic Party (NPP) Constituency Executive Elections wearing clothing that created the impression that they were Police personnel.

The two suspects, dressed in khaki tactical vests over dark coloured clothing were spotted in the Okaikoi South Constituency where voting was taking place.

The police have arrested two persons who showed up at the ongoing NPP Constituency Executive Elections wearing clothing that created the impression that they were Police personnel. pic.twitter.com/36UevGmRSh

"We would like to emphatically state that the two suspects are not Police officers. Meanwhile, they are in custody as the investigation continues," the Police said in a statement.

How on Earth does a serving Police Officer in Combat Uniform shows up at a Polling Station in Okai-Koi South in Greater Accra Region, during an Npp internal Constituency Executive Elections, queues up, receives a ballot, goes to thump print & cast same?

When I talk they say hey pic.twitter.com/A87MRgIfd7

"We wish to assure the public that they will be taken through the due process of the law".