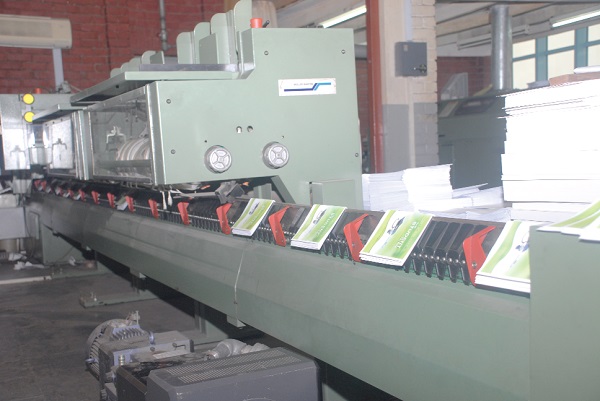 The Ghana Printers and Paper Converters Association (GPPCA) has raised a red flag over attempts by some publishers, in connivance with local printers, to source the printing of government textbooks to printers outside the country.

The association says there is evidence that some foreign printers are already in the country, contacting publishers and printers with juicy packages to take up the printing of the books in their countries.

In an interview with the Daily Graphic on Tuesday, April 19, 2022 the Executive Director of the GPPCA, William Turkson, reiterated the need for the government to step up its control mechanisms to ensure that publishers contracted to get the textbooks printed locally did not sneak out of the country to execute the job.

Last year, the government announced its commitment to cede 100 per cent of the printing of its textbooks locally to help grow the printing industry.

For pre-qualification, all local publishers were directed to present their documents, which must include signed contracts with local printers.

The Minister of Education, Dr Yaw Osei Adutwum, warned that publishers without agreements with local printers would not be considered in the offer.

Mr Turkson proposed that a task force, made up of officials from the Ministry of Education, the National Security, the Ghana Publishers Association, an industry expert and the GPPCA, be set up to police the printing of the books locally.

He charged publishers and printers to demonstrate good faith, as shown by the government, to ensure that the entire contract was executed locally to help grow the printing industry and also create jobs for the youth.

He said some of the publishers had already been given the green light for the commencement of the printing, while others were still waiting for their turn.

He indicated that if care was not taken, with the kind of packages being thrown at publishers and some printers, it was possible some of them would find ways of taking their contracts to print outside, even though they had signed memoranda of understanding (MoUs) with local printers.

Mr Turkson said the GPPCA, on its part, would monitor its members who signed MoUs with publishers to ensure that the printing was fully done locally.

"The association alone cannot enforce the printing of the textbooks locally because a publisher can work his or her way out without the involvement of the local printer, and this is where the ministry's role in such a task force is crucial.

"The ministry is in a better position to tell which publisher has been selected and given the green light to begin printing, the volume of books assigned to that publisher and which local printer is executing the contract," he explained.

Some of the printers the Daily Graphic contacted confirmed that they had been contacted by foreign printers within the last three weeks with offers to enable them (foreigners) to take up the printing on their behalf.

But the President of the GPPCA, James Appiah-Berko, warned that the association would expose and sanction any member who connived with a publisher to print the books outside the country.

He described the attempt as "unpatriotic", saying that the government had confidence in the local printing industry, which explained why it decided to cede the entire printing of its textbooks locally.

Touching on the call for the setting up of a task force to monitor the printing to ensure that the intention of the government to grow the industry and also create jobs would be realised, Mr Appiah-Berko said it was critical that the volume of books assigned to each publisher and printer be made known to the task force.

"With such information, we will be able to interrogate the contract delivery during the monitoring," he said, adding that without that information, the work of the task force would be in vain.

He further indicated that with such information, there would be no need for the inclusion of the National Security "because we will have had all the needed information to monitor and interrogate".

Mr Appiah-Berko expressed the hope that the rest of the publishers would also be given the green light early enough, so that their printers could also start work.

He said every effort should be made to ensure that the printing was done locally, insisting that the local printing industry had come of age and its output could compare competitively and even better than what was done outside.