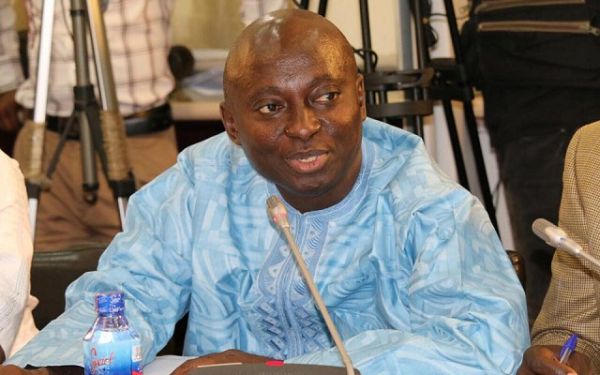 Parliament documents intercepted by the Daily Graphic indicate that the House did, indeed, approve a $200 million loan agreement for the construction of 5,000 housing units for the Saglemi Housing project in Accra on October 31, 2012.

The documents have challenged the claim by officials of the erstwhile National Democratic Congress (NDC) government that the $200 million loan facility was only for the first phase of the project, which involved the construction of 1,502 housing units.

The resolution, dated October 31, 2012, signed by the Clerk to Parliament, Mr Emmanuel Anyimadu, and delivered to the then Minister of Finance and Economic Planning, reads: "Parliament, at its Seventh Sitting of the Third Meeting held on Wednesday, October 31, 2013, approved by resolution the loan agreement between the Government of the Republic of Ghana and Credit Suisse International for an amount of $200,000,000 for the construction of 5,000 affordable housing units by Construtora OAS Limited for the general public."

A joint parliamentary memorandum for the approval of the 5,000 affordable housing units by Construtora OAS Limited was dated September 20, 2012 and signed by the acting Chief Director of the Ministry of Water Resources, Works and Housing, Alhaji Ziblim Yakubu, and delivered to the Clerk to Parliament, with a copy to the Minister of Finance and Economic Planning.

The memo reads: "Honourable Members of Parliament are respectfully requested to consider and approve the loan agreement between the Government of Ghana and Credit Suisse International for an amount of $200 million for the construction of 5,000 affordable housing units.”

"The 5,000 affordable housing units will be sold to the general public through mortgage provided by Ghana Home Loans. The project will be executed by Construtora OAS Limited, under the supervision of the Ministry of Water Resources, Works and Housing," it adds.

Speaking to the documents in an interview with the Daily Graphic, the Minister of Works and Housing, Mr Samuel Atta Akyea, said the government was currently conducting an audit of the housing units to look at possible embezzlement.

He said the government would prosecute anybody found culpable of embezzling state funds or causing financial loss to the state in the deal.

“The Attorney General advised that we refer matters to the investigative bodies to look at possible embezzlement. People will be prosecuted if it is found that they caused financial loss to the state," he said.

Mr Atta Akyea dismissed suggestions that the government was on a ‘witch-hunting’ spree, saying "it is the public purse that we are trying to protect".

He also expressed surprise at why anybody would try to falsify official documents to deceive the public.

"That is why I am saddened in relation to the country that has financial challenges. You go to secure $200 million to put up 5,000 affordable housing units at Saglemi and people want to give some kind of propaganda twist to it.

But all the transactions are document-based and nobody is trying to invent any wickedness or stories against anybody", he added.

Mr Atta Akyea said the country's laws did not permit a minister or anybody to change any law passed by Parliament.

“People are saying that when Parliament decides that $200 million should be used for the construction of housing units, a minister can sit in a corner and undermine the work of Parliament and change the scope of works.

"It is not equal to saying that the very substance of the contract, which Parliament has ratified in a resolution, should change," he said, adding: "Can you change and alter the character of what Parliament has approved because you are a minister?"