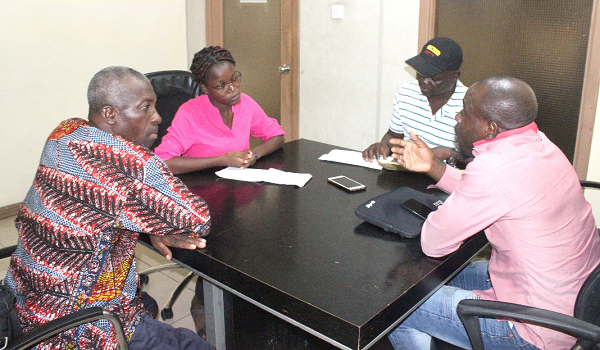 Finance house, NDK Financial Services, has said it is working to settle a GH¢1.2 billion indebtedness to depositors who have their funds locked up with the company.

This is after some aggrieved depositors had filed complaints with the Daily Graphic about their inability to withdraw their funds.

Some of the depositors who have their money locked up at the finance house want the management of NDK to account for their investments.

The company, which has about 6000 depositors in its database, is hoping to recover money from other financial institutions that owe it in order to pay its customers.

The Head of Corporate Affairs at NDK Financial Services, Clement Atagra, said in an interview that the Bank of Ghana (BoG) had validated some money owed NDK by other companies and once the money was paid, depositors would get their monies.

“We are already making some payments but not on a large scale, once we secure the over GH¢50 million money validated by the BoG, we can make substantial payments,” Mr Atagra said.


Analysts say the difficulties in the financial sector were triggered by the closure of some banks in 2017, which resulted in panic withdrawals by the public and caused some finance houses to suffer losses.

Mr Atagra stressed that the situation was an industry problem, which needed to be addressed comprehensively.

He assured the public that the company was making recoveries and making payments regularly.

“Almost every week we are continuing to make payments. We make recoveries and pay but the problem is, given the amount involved in paying clients it is difficult to make substantial payment at a go,” he stated.

He indicated that if they were able to recover the funds, they would be able to pay most of their high-net-worth clients and institutional investors.

Some customers of NDK were last Wednesday on the premises of the Graphic Communications Group Ltd to lodge complaints about their locked-up funds at NDK Financial Services.

They explained that they had not been able to access their funds at NDK for some months now.

The customers are, therefore, calling on the management of NDK to account and show them proof of investment of their funds.

Some of the customers said they urgently need money for their medical bills.

The customers each recounted how the lack of funds had hit them and their families hard.

Some of them said their children had been sacked from school due to their inability to pay their fees.

“Whenever we go there for our money, the officials of NDK will tell us the government owed them and so when the government pays them, they will pay us,” some of the aggrieved customers said.