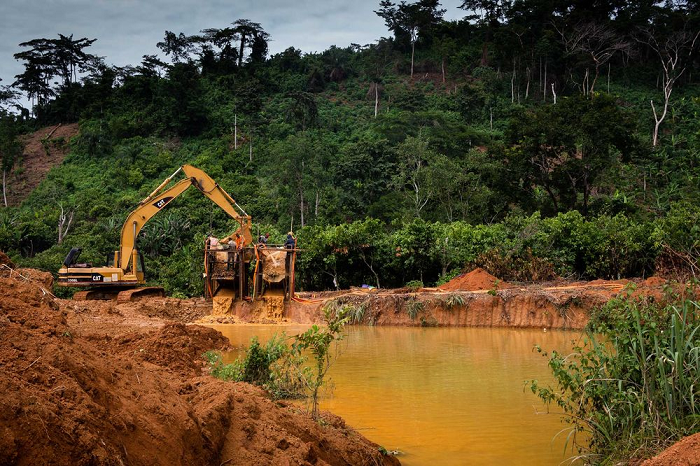 A civil society organisation with interest in protecting the environment has advised the government to institute a mining bond for small scale miners as a condition for their licences so that the proceeds will be used to reclaim lands damaged by the mining expeditions.

Tropenbos Ghana has estimated that it will cost a minimum of GH¢100,000 per acre to reclaim pits created by illegal mining activities, commonly called galamsey.

The Project Coordinator of Tropenbos Ghana, Mr Kwame Appiah Owusu, said this in an interaction with the media in Koforidua after a stakeholder dialogue on sustainable small scale mining, and urged the government to enforce land reclamation bonds to prevent lands from further deterioration.

The national multi-stakeholder dialogue meeting was organised by Tropenbos Ghana and funded by the Norwegian Agency for Development Cooperation (NORAD).

It was christened: "Sustainable small-scale mining for national development; strengthening the roles of district and community level stakeholders".

Tropenbos has started a pilot reclamation effort in some three districts, and Mr Appiah Owusu said over 40 per cent of the lands in those districts were lost to galamsey at the peak of the menace.

The three districts are Amansie West District and Asante Akyem Central Municipality, both in the Ashanti Region, and Abuakwa South Municipality in the Eastern Region.

Mr Appiah Owusu said the level of land degradation in those districts had made it very expensive to reclaim lands in those areas.

He said although a lot of areas had been destroyed by galamsey per their assessments, they could be restored, if the needed funds were made available.

The Deputy Director, Operations, of the Environmental Protection Agency (EPA), Mr Ransford Sekyi, called for a progressive reclamation of all lands and water bodies affected by illegal mining.

He described the reclamation exercise at affected areas as very necessary but expensive, and stressed the need to design progressive methods for effective reclamation of the affected lands.

Mr Sekyi said the EPA had recruited over 200 new staff to make sure their presence was felt around the country to help in the management of the lands, especially areas affected by galamsey.

He said the extensive destruction of the lands had been due to the lack of investment in identifying the particular spots of ore deposits.

"Identifying the right spot of the ore deposits would make mining less destructive as just few portions of the land would be dug to extract the minerals,” he said.

“It is the lack of proper planning and investment in that regard that has led to the destruction of portion of lands that do not have any ore deposits," he added.