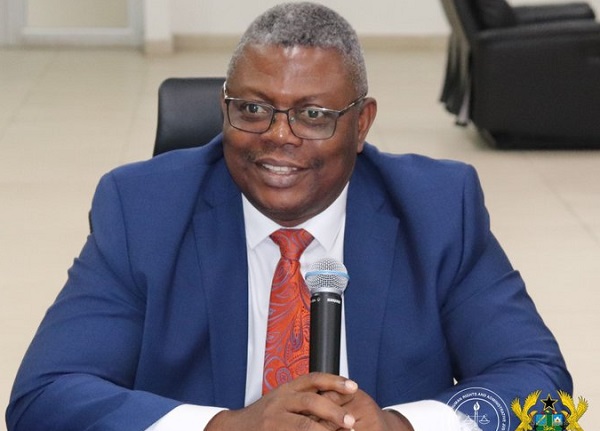 “It is time to infuse fearless honesty into the national behaviour and ignite collective sustained action with coordinated efforts, as well as the judicious application of resources of stakeholders to combat corruption,” Deputy Commissioner, Commission on Human Rights and Administrative Justice (CHRAJ), Richard A. Quayson, has stated.

He, therefore, called on Ghanaians to collectively move away from the talk-talk, and act on issues of corruption, stressing: “We must report incidents of corruption from our workplaces, our communities and within the public establishment. It is only when we all open our eyes and other senses against corrupt practices that we can fight it.”

Mr Quayson stated this at the 17th Monthly Stakeholders Engagement and Workers’ Appreciation Day seminar organised by the Tema Regional Office of the Ghana News Agency (GNA) in Tema.

The event was aimed at providing a platform for both state and non-state organisations to address national issues and enhance development.

Mr Quayson, who spoke on the topic: “Is the fight against corruption a mirage or reality?: the perspective of CHRAJ”, said amidst growing perceptions of corruption, the public has become increasingly cynical about the official commitment to effectively tackle the menace.

Mr Quayson observed that corruption in Ghana is largely nurtured and influenced by the patrimonial character of the society, where informal relations, family connections and social reciprocity are reflected in levels of favouritism, cronyism and nepotism.

The Tema Regional Manager of the GNA, Francis Ameyibor, suggested that Civil Society Organisations (CSOs), religious bodies, professional groups, traditional authorities, gender-based groups and other interest groups must stand up and fight for Ghana at the next general election.

“It is time CSOs strategised together and picked one constituency in each of the 16 regions, and sponsor someone to contest for the 2024 parliamentary election as an independent candidate,” he said.

“We must begin to move away from labour unrests in the streets and take the fight to Parliament, where major decisions are taken. he stated.”