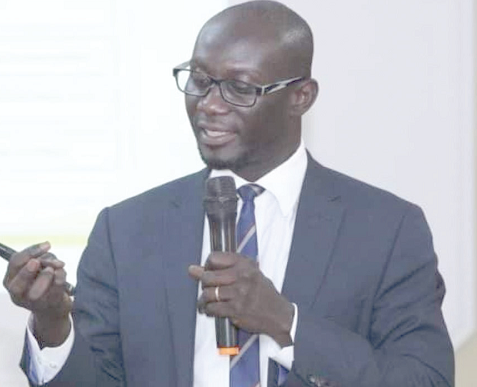 In less than two months, 49 health workers in the Bono East Region have contracted COVID-19, thus increasing the number of health workers who have so far tested positive to 327.

None of these health workers who have tested positive have died from the infection.

The Regional Director of the Ghana Health Service, Dr Fred Adomako-Boateng, who disclosed this described the conditions of all the 49 health workers as mild or moderate, explaining that they were being managed at their various homes.

He told the Daily Graphic that 15 persons in the region had so far died from the disease.

Dr Adomako-Boateng was, however, unhappy about the high proportion of COVID-19 cases among health workers in the region, saying “this has become a cause for concern to the regional directorate.”

The Atebubu-Amantin Municipality,the Sene West District and the Kintampo North Municipality have all recorded one death each.

Statistics obtained from the regional directorate indicated that the cumulative confirmed cases in the region stands at 1,036 with 172 active cases.

Dr Akomako-Boateng explained that the regional directorate had prepared 67 beds for COVID-19 patients, out of which 13 had been reserved for severe or critical cases and 54 for mild or moderate cases.

Dr Adomako-Boateng said both routine and enhanced surveillance activities were ongoing across all the 11 municipalities and districts.

He explained that there had been more confirmed cases from routine checking in 2021, which represented 51.7 per cent as compared to 19.4 per cent in 2020.

Dr Akomako-Boateng said the cumulative contacts of 3,533 had so far been identified with 2,996, representing 84.8 per cent successfully completing the 14 days mandatory quarantine or follow up.

He explained that a total of 6,643 samples had so far been taken, adding that 6,414, representing 96.6 per cent test results had been received.

Dr Akomako-Boateng explained that the Regional Health Management Team had only one old pick-up vehicle used for all activities aimed at preventing and controlling the spread of the disease and non-adherence to the COVID-19 safety protocols by the public, which was hindering the fight against the disease.

He also mentioned non-adherence to social distancing and the refusal by some people to wear face masks as the major challenges in the region.

Dr Akomako-Boateng said there was also the inadequate supply of personal protective equipment (PPEs) such as surgical face masks, coveralls, gowns, disposal and surgical gloves in the health facilities.