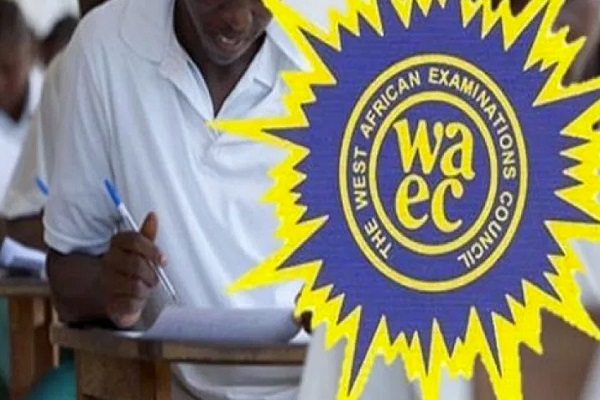 Our (The Management, Rev John Teye Memorial Institute) attention has been drawn to the above article in which the West African Examinations Council (WAEC) urges the public to “disregard a fake statement about the ranking of Ghanaian Senior High Schools (SHS) following the release of the 2018 West African Senior School Certificate Examination for School Candidates (WASSCE).”

The said article went on further to show a list of schools that had been mentioned in the ‘fake statement’ – a list in which our school, Rev John Teye Memorial Institute, was ranked 9th with a pass rate of 81.96%.

Unfortunately for us, ever since the said article came out, we have been on the receiving end of numerous queries from readers who want to know how and why we got ourselves involved in what some referred to as a very despicable act. Oh yes, Rev John Teye Memorial Institute has suddenly become a victim of the collateral damage caused by the unfortunate ‘altercation’ between WAEC and the publishers of the alleged fake statement.

Much as we believe WAEC are fully justified in rubbishing the alleged fake statement, we feel obliged to write this rejoinder in a bid to clear our good name.

For starters, we hereby declare unequivocally that:

1. We have NEVER had any dealings whatsoever with the publishers of the alleged fake statement;

2. No one has ever contacted, or held discussions with us concerning the publishing of examination results or rankings.

We further declare that our own investigations online have yielded the following results:

● There were four postings online which listed their WASSCE rankings in the exact same order as listed in the WAEC article. These postings were by:

ii. Kampus Today whose rankings appeared under the title “2018 Ranking – Top 20 Senior High Schools in Ghana | Check whether your school is part” (http://kampustoday.com/2018/02/2018-ranking-top-20-senior-high-schools-ghana-check-whether-school-part/)

iii. Africa Schools Online whose rankings appeared under the title “2017 HIGH SCHOOL RANKING IS OUT. CHECK OUT WHO MADE THE TOP 20. (http://africaschoolsonline.com/news/2017-high-school-ranking-is-out-check-out-who-made-the-top-10/)

iv. Pulse.com.gh whose rankings appeared under the title “WAEC Rankings – Here Are The Best High Schools In Ghana” (https://www.pulse.com.gh/bi/strategy/here-are-the-best-high-schools-in-ghana-id7933922.html)

● Significantly, the rankings (of schools and pass rates) at ALL four sites were exactly the same.

● Yen.com’s rankings, however, were purported to have come from WAEC, and based on the 2018 WASSCE results (a claim which now appears not to be factual);

● On the other hand, Kampus Today, Africa Schools Online and Pulse.com.gh each indicated clearly that their rankings were based on a 5-year average . . . . for the period 2013 – 2017.

● We suspect that Yen.com may have borrowed their rankings list from one of the other sites without realising that it covered a 5-year period.

It turned out that our computation, which was based on OFFICIAL RESULT SHEETS RECEIVED FROM WAEC FOR EACH OF THE 5 YEARS IN QUESTION, produced results that corresponded EXACTLY with figures provided by the four sites mentioned above.

Below are the pass rates for the years 2013 to 2017 for Rev John Teye Memorial Institute:

NOTE: PASS % refers to the percentage of candidates who scored A1 to C6 in a minimum of six subjects – 3 Electives and 3 Core (including Math and English) – and thus qualified for tertiary education.

In conclusion, we want to reassure the general public, and our parents and students in particular, that we have not been involved in any despicable act whatsoever. We were drawn into this unfortunate situation unwittingly but, thank God, we have come out clean . . . . . . . . . . and yes, our 5-year average pass rate (from 2013 to 2017) is, indeed, an UNDISPUTABLE 81.96%.