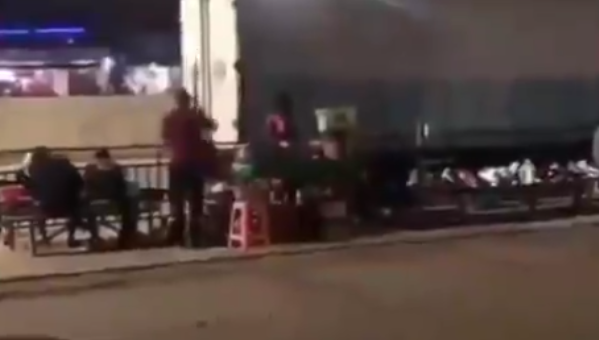 A video has gone viral of a man pounding fufu on the pavement of a road in Ghana.

While GraphicOnline could not immediately verify the location where the act was recorded, some netizens say it happened on the newly constructed Pokuase interchange.

The 12-second clip shows a man pounding the popular cassava-based dish with the assistance of a woman who is seated. They appear to be working at a roadside eatery.

Some netizens have interestingly been defending their right to operate a business while others have described them as lawless citizens.

Read some of the comments below;