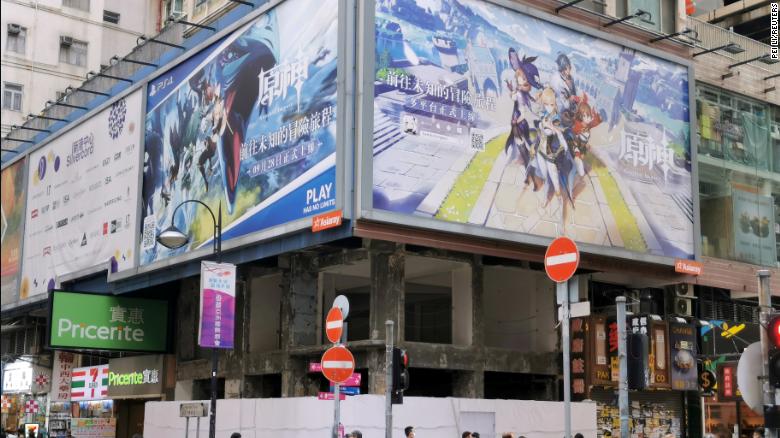 US gaming software developer Unity is partnering with some of the biggest names in China tech to establish a billion-dollar joint venture aimed at growing its business in the world's largest market for online games.

The venture will "unlock new opportunities" to enhance cooperation with local companies and increase its investment in research and development to better serve the needs of Chinese creators, Unity said in a statement posted on Chinese social media platform WeChat late on Tuesday.
But the American company's expansion in China comes at an uncertain time for the world's second largest economy. A crackdown by Beijing on leading internet brands has hurt growth, and rising tension with the United States over Taiwan and other geopolitical issues is fueling a technological arms race.
The local partners it plans to work with include major players in China's tech industry: Alibaba (BABA), China Mobile (CHL), ByteDance's Douyin Group, smartphone company Oppo, miHoYo, Xiamen-based online game developer G-Bits Network Technology, and PCI Technology, an AI technology service provider.
Unity will have majority control of its China venture, it said. The venture will be valued at $1 billion following investments from the local partners.
Junbo Zhang, who currently serves as Unity's general manager for Greater China, will lead the venture as president and CEO, the company added.

China is the world's largest gaming market since 2017, but investors have lately been concerned about the impact Beijing's internet crackdown and the economic slowdown will have on the industry.
Since late 2020, Chinese authorities have launched a sweeping campaign in an effort to rein in big players in industries ranging from tech and finance to gaming, entertainment and private education. Last August, authorities banned online gamers under the age of 18 from playing on weekdays.