The public should assist the police to maintain law and order 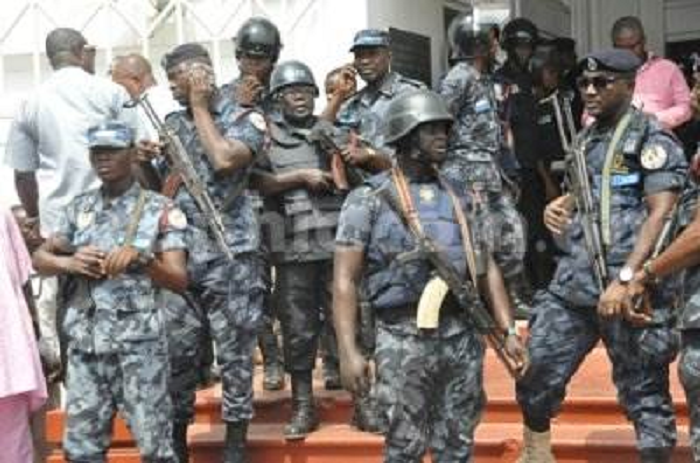 We do not have enough policemen and women to maintain law and order.  The public should therefore assist those who enforce law and order.

In some countries, citizens who run away from incidents of crime and fail to assist the police are punished according to law.

The police in Britain, where we learnt our present law maintenance and enforcement system, confidently patrol remote areas, knowing that they would obtain public support when necessary.

In a way, we had a similar system in colonial days, until recently.

The present ghastly and inhuman attack on a law enforcement officer, Captain Maxwell Mahama, should be viewed with grave concern and the perpetrators dealt with most severely according to law.

Although a soldier, Capt. Mahama was engaged in the duties of an army officer and was entitled to all the privileges of the police force.

Photographs of the ghastly scene of the murder have been banned.  But we have copies and those involved can be clearly identified.

They should be dealt with severely according to law.  The perpetrators of the crime deserve no mercy.

The on-lookers should be punished for promoting murder by their presence and encouragement of crime.

Sympathy by the leaders of the realm is not enough.  The estate of Capt. Mahama should receive a substantial sum.

I do not know whether the police who die on duty receive any compensatory payments.  This should be done.  And so should Capt. Mahama’s estate.

His aged parents and his children cannot be fully consoled by the sympathy of the mighty of the land.  A substantial amount should accrue to his dependants.

The attack on the police and even the courts and the judicial system are most alarming.  They should be nipped in the bud through ruthless lawful action.