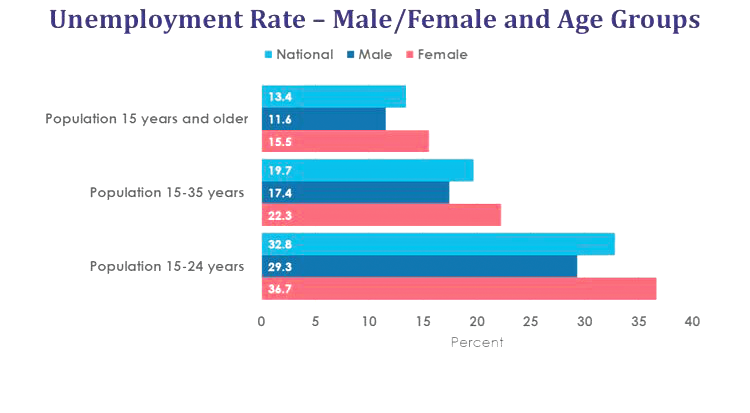 One of the core functions of any government is to provide employment to its citizens or at least provide the enabling environment for people to get employed in the private sector. It is known that the government is the single largest employer in the country.

Today, many people are not able to gain employment into the public service due to the fact that the public space is choked.

There are also retired people who have been given contracts, thus leaving little space for new people to get employment.

The problem is so acute that graduates have formed what has come to be known as; Unemployed Graduates Association.

In the face of this rising unemployment, a lot of people have suggested various measures aimed at reducing the unemployment burden. These include the extension of the duration of national service for as long as the person remains unemployed and the abolishing of contracts after retirement.

Perhaps what has not been considered in all efforts at increasing employment is agency work. The establishment of agencies in the various sectors will ensure that there is always a pool of workers from which people can be called upon to work when the need arises.

The agency concept ensures temporary employment for many people, while at the same time allowing managers to regulate staff strength to reflect demand for services.

If only a percentage of available public vacancies will be floated to agencies, a lot of people will get work to do, however temporary.

Once the work is in the domain of agencies, anyone who is qualified can be called to work for between a few hours to a few days in a week, thereby reducing the burden of unemployment.

Even in the advanced countries where resources abound, managers still find the agency concept relevant in addressing their human resource requirements rather than the use of rigid, fixed numbers of people all the time, whether there is work to do or not.

In the UK for example, it has been estimated that approximately 800,000 workers get their employment through agency work.

Filling all public vacancies with permanent positions creates a system where only a few people benefit; whereas the hybrid, permanent-agency system of employment ensures that the majority of people benefit.

Ideally, any eligible Ghanaian should be able to benefit from vacancies in the public sector; but the fact that resources are limited, coupled with the lack of streamlining in sharing this national cake equitably, means that some will get employment in the public sector and others will not, no matter how much they try.

The agency concept has the tendency to bridge the gap between those who have regular employment and those who do not have any formal employment.

Up till now, agency workers have operated mainly in the private sector, but the government, which has the largest capacity for employment, can also collaborate with existing human resource agencies to roll out programmes to accelerate the introduction of agency workers into the public space.

In some jurisdictions, newly qualified graduates join and work for agencies whilst the government is considering their permanent posting, thus reducing their redundancy at the initial stage.

Agency work will increase the number of people who will get employment, even if it is temporary, without necessarily increasing government’s budgeted expenditure on salaries and emoluments in the long run.

The writer is a Medical Director, Royal Medical Agency and Clinic. E-mail. This email address is being protected from spambots. You need JavaScript enabled to view it.