Learning about social security at a tender age 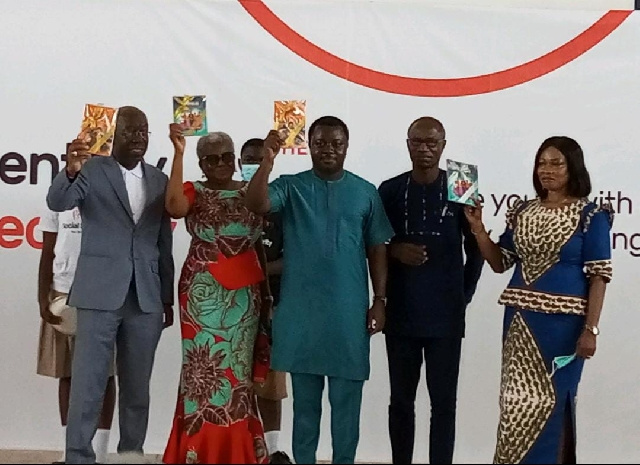 Including the learning of Social Security in the curriculum of schools to make students well informed on the significance of the scheme is reassuring.

Before the formulation of the National Pension Act, 2008 (Act 766), which was fully implemented in 2010, the idea and recommendation for the Ministry of Education to liaise with the appropriate stakeholders to include Social Security in the student's curriculum was already established.

All that was needed was its materialization but couldn't happen for that long period.

On Tuesday, March 15, 2022, the Social Security and National Insurance Trust (SSNIT), in collaboration with the Ghana Education Service (GES), launched the supplementary Readers on Social Security for Schools.

The National Council for Curriculum and Assessment (NaCCA) has in that regard produced Teachers' Manuals on Social Security for students and Teachers in Junior and Senior High Schools.

Social Security is a public measure or an insurance programme to provide income protection for its members in the event of certain occurrences such as Old Age, Invalidity, sickness, or death of a breadwinner. It is of no doubt to be the most significant social policy achievement in the 20th Century. Nonetheless, the enhancement and extension of the programme have and remain a major challenge for decades to come.

As defined by the International Social Security Association as a mandatory arrangement that provides individuals with a degree of income security when faced with certain contingencies, it somehow somewhat inadvertently becomes a basic requirement for every citizen. However, the legislative disposition of the policy has its specifics and exclusiveness with a focus on the public/formal sector of the working force.

With a careful analysis, it can arrive that the need to extend and intensify the understanding of the scheme has become indispensable. Albeit, citizens who will be absorbed into the formal sector will undoubtedly be enrolled in this scheme but that contravenes the clear purpose of the scheme which is for all citizens.

The least said, considering the industrialization drive of this country in regards to the educational reforms which purports to empower youth to be innovative and self-reliant in the labour market, it should be prudent to inculcate the preeminence of Social Security into their educational curriculum to ensure full participation of the informal sector. With the report from the Social Security and National Insurance Trust Fund, most of its members are of the formal/Public sector in regards to the Tier 3 of the scheme.

The law which mandates the informal/private sector to actively ensure that its members are rolled onto the scheme is less recognized. Aside from that, the people who are within the sector have less knowledge as to why they should be members of the scheme, therefore, giving no credence to it.

This has become a somewhat major challenge for the scheme and the government as such. The basic right of every citizen which is to have an education to the Secondary level (Free SHS) establishes the point that the Ghanaian population can be well informed as to the importance of social security even before they are fully absorbed into any sector. If the eligible age starts from 15 years, which per our education system the individual should have the basic education knowledge, even if in an unfortunate situation he/she fails to continue, the individual should have a certain level of knowledge about social security at that time to enable him to appreciate it since he might end up in the informal sector.

In like manner, individuals who can successfully pass through the levels of education even stand the vulnerability of job security in the public sector. And with the STEM education agenda of the Ministry, more graduates are even more likely to work in the private sector than in the public sector. And with the private sector, if one does not fully comprehend the need for Social Security, it will be very hard for the person to consider being a member in that regard. It can't be argued that even with those in the public sector who are automatically recognized as members with they having no option, most of them have little idea as to why they are members of Social Security and National Trust Fund (SSNIT).

In this regard, it could be said that the fundamental comprehension of Social Security at the tender age is eluding, which somehow contributes to the low level of members subscribed to the SSNIT Policy. Records have it that, out of over 11 million fully eligible people, only a little over 2 million are members of SSNIT, leaving a huge gap to be filled.

Generally, learning about Social Security is highly essential to everyone and most importantly, young ones. This will abreast them on the value of saving and planning for the future. It will make them realize that Social Security is more than retirement or an old-age program.

If so, then the idea of government developing an educational technique to conscientize citizens at the primer age becomes an imperative duty to execute. Arguably, the inclusion of Social Security in the curriculum of students at the basic and secondary level stands out as a conclusive way to ensure the full participation of people in the Scheme. It is easy for one to appreciate something if he has a fair idea about the thing.