Teaching of Ga, Twi in GAR 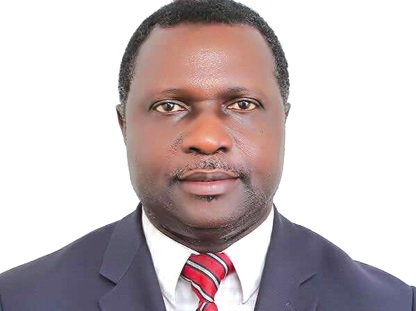 The Ministry of Education (MoE) and the Ghana Education Service (GES) have compromised the educational and language policy formulated by the National Redemption Council (NRC) in the 1970s, that the dominant language of each region of Ghana is what should be taught in the schools.

This was consonant with the national credo: One nation. One people. One Destiny.

Currently, Ga is not taught in some schools in the Greater Accra Region; it is Twi that is taught.

Let’s look at the historical foundations of these two languages and take a decision on the matter.

The development of Ga and Twi came about through the ambitious programme of developing the vernaculars of the natives of the then Gold Coast by the Basel Mission from Switzerland. Their grand vision, as articulated by Johannes Christaller was that of “developing a common book language which must be…cultivated, developed and refined, and so capable of serving as a means of communication among educated men” (Christianity in Africa, Kwame Bediako, pg 47).

With such guiding philosophy, the Theological Seminary at Akropong was established in 1848.

The missionaries began the education of the indigenes and devoted the first six years to the study of Ga and Twi in which arithmetic was also taught.

By the 1870s, textbooks in Ga and Twi in arithmetic had appeared.

However, it was due to the pioneering and monumental work of Johannes Christaller that the Bible was fully translated into Twi.

He went further to create a Twi grammar, hymnary and a compilation of 3600 Twi proverbs. Another Swiss, Johannes Zimmerman, did a similar translation of the Bible into Ga.

The significance and dimension of the work done by the Basel missionaries was amplified by Kwame Bediako in these words:

To learn and understand in the vernacular had a significance within the universal relevance of the Christian faith: the sense of liberation—spiritual and intellectual—was tremendous”.

The importance of speaking to Christian congregations in their vernacular was succinctly stated by Kwame Bediako:

“Though every language has its limitations…yet it is through language, and for each person through their mother tongue that the spirit of God speaks to convey divine communication at its deepest to the human community. The significance of Pentecost, therefore…is that God speaks to men and women always in the vernacular.”(pg 60).

The seminal works of the missionaries led to a flowering of other African scholars, linguists and Christians, imbued with the zeal to advance the study and growth of the vernaculars, and with scholarship in general. We can mention works like History of the Gold Coast by Rev. Carl Christian Reindorf, a Ga from Osu; Twi Kasa Mmara by Dr C.A. Akrofi, a Guan from Apirade; English-Twi-Ga Dictionary by E.L. Rapp, Akrofi and G.L. Botchway. There are many more.

It is apparent then that Ga and Twi had contemporaneous development and both served as “book” vernaculars that expressed the universal knowledge of its speakers. None is superior to the other, none inferior.

Both have practical benefits to the development of Ghana.

At the birth of the new nation of Ghana in 1957, one of the challenges that confronted Kwame Nkrumah and the government of Ghana was how to fuse and weld into a strong and united nation, the various races within the country.

The national language policy that was formulated took into recognition the predominant language of the peoples in the regions of Ghana and decided on the following official languages: Ga-Adangbe, Akan, Ewe, Nzema, Hausa and Dagbani.

Another feature of the national language policy was the stipulation that Ghanaians were to study the official language of the region of their education so that those studying in the Greater Accra Region would then have to study the Ga language, those in the Volta Region, Ewe and those in Ashanti, Twi.

Education was the best means of achieving this because Ghanaian students went to schools all around the country and had the opportunity to study other cultures.

The wisdom behind the language policy was to break down racial purism by opening Ghanaians up to the beauty and strength of the various cultures and peoples of Ghana and thereby create a relatively homogenous nation out of a heterogeneous people.

This will make the Ghanaian nationalistic and not ethnic and bigoted.It was also to imbue him with sensitivity to other peoples and their culture, thus making him truly enlightened and multicultural.

Today, the social dynamics of urbanisation and demographic variables have altered the linguistic setting of GAR, and Ga has been overwhelmed by the preponderance of Akan in the GAR. According to the 2021 census, Akans comprise 44 per cent of Ghana’s population, with Ga-Adangbes seven per cent.

Akans use their own language, Twi, in discussing national issues and both the educated and non-educated have a common platform to air their views.

This is excellent. Credit must be given to Peace FM.

I have observed a worrying and embarrassing phenomenon and that has prompted this article.

Of the several hundreds of schools in GAR, how many Ga teachers are there to teach Ga?

What have the Ministry of Education and the Ghana Educations Service done to recruit and train more teachers of the Ga language for the national language policy to be in execution?

I dare say they have done nothing!

Such behaviour of the educational bodies require sharp rebuke from those who care about multiculturalism as a tool of national integration.
Action must be taken.

Third, they must enforce the national language policy vigorously for the sake of national unity.

Having said all these, I also wish to admit that, with a population of 44 per cent, Akans are by far the largest ethnic group in Ghana.

Akan is unofficially the lingua franca of Ghana. A modification could then be made to the language policy in GAR.

During the teaching of Ghanaian language, students must have the option of either learning Ga or Twi, according to their choice and both teachers and classrooms must be available for them to attend lessons.

It is not for the schools to choose the language. With such modification, both Ga and Twi would be taught to the mutual benefit of the students who would eventually appreciate multilingualism as a source of strength in nation building and an invaluable asset to the citizens.

The writer is a lawyer. E-mail This email address is being protected from spambots. You need JavaScript enabled to view it.