In search of Rwanda's gorillas 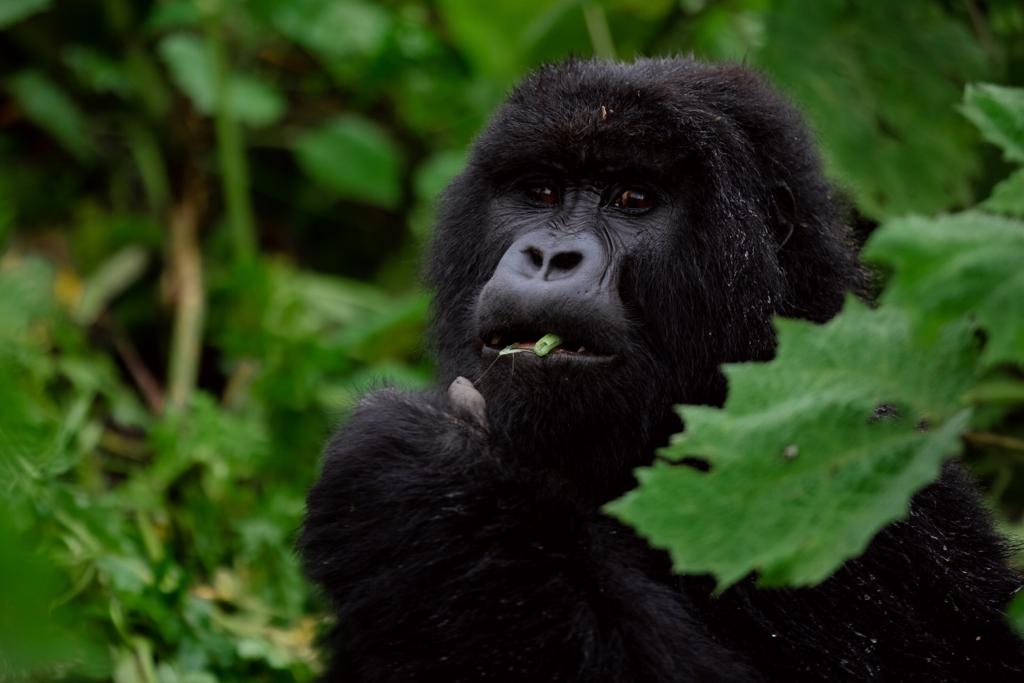 If you ever wanted to understand the expression “Guerilla warfare,” the place to visit is the Volcanoes National Park in the north of Rwanda where a search for the endangered mountain gorillas unpacks the phraseology.

Rare to find, as their population has declined significantly over the years, it takes more effort to locate them in the pinnacle of towering heights covered by thick forests.

Rwanda has, however, made it easy for people to travel from far and near to see the largest apes face to face, after working in collaboration with its neighbours to preserve the endangered species and also increase their population from less than 700 about 10 years ago to 1,400.

Gorillas are ground-dwelling, predominantly herbivorous apes that inhabit the forest of central sub-saharan Africa. The gorilla is divided into two species: the eastern gorillas and the western gorillas (both endangered), and are either four or five subspecies.

The boisterous mountain gorillas which nearly went extinct due to poaching and adverse climatic conditions are now the single biggest contributor of Rwanda's ecotourism, although the Akagera National Park in the eastern part of the country accounts for the largest number of visitors.

Gorilla Trekking at the Volcanoes National Park at Kinigi, a sprawling town in the Musanze Province in the north, is one of the activities lacing the Ghanaian business delegation's tour of Rwanda.

Rwanda, working closely with its neighbours, the Democratic Republic of Congo (DRC) and Uganda, has developed three national ecotourism conservation parks in each country to husband the then critically endangered species to grow their population and open the parks for tourists.

Rwanda's park is situated on the border with the three countries, shared by the trio and juxtaposed with five volcanoes that erupted centuries ago.

After parting with about $1,500 for foreigners and between $200 and $500 for locals and other Africans respectively, it takes a winding, tortuous walk of between 30 minutes and two hours, depending on the track (route) one follows, to find the friendly gorillas, the largest living primates, in their natural habitat at the peak of the range of mountains in the well managed national park.

The Volcanoes National Park is also home to buffaloes, elephants, golden key monkeys and other primates and preserves the evergreen rainy forest of bamboo, open grassland, swamp, heath and the stinging nettles, a plant that leaves the body with a quick flash of burning sensation on contact and lasts overnight.

In groups of six, led by escorts, the tourists walked kilometres through narrow, steep and muddy tracks nestled along a canopy of trees, shrubs and climbing plants to meet rangers, a team of weapon-wielding men, who have already found a gorilla family.

Each of the teams satisfied their curiosities with sights of the amazing huge silverback mountain gorillas and their families with playful young ones on the mountains towering more than 3,000 feet above sea level.

Last Tuesday's adventure was met with a downpour while each of the six-member group was up on the hilly trails in search of the superbly friendly animals.

The teams got drenched in forest showers as cold as between 12 and 15 degree celcius, amid sliding of the carpet of shrubs and flat falls to trips over stones, muddy ground or tree stunts.

Members of the delegation were as excited at the end of the adventure as they were from the beginning.

The Deputy Chief Executive Officer of the Ghana Export Promotion Authority, Mr Samuel Dentu, said it was an experience of a lifetime, worth repeating.

The President of the Ghana Tourism Federation, Ms Bella Ahu, said it was a great adventure and was glad to be part of the unforgettable experience.

Ms Amma Tiwaa Pepra of the Chefs Association of Ghana could not hide her excitement at the adventure, the healthy walk and the sight of the large living primates, an experience she would not like to miss at the least opportunity.

Rwanda is a rare example of how luxury eco-tourism and a focus on visitor safety at all times is driving the country's travel industry to great heights.

The High Commissioner of Rwanda in Ghana, Dr Aisa Kirabo Kacyira, said the trip of the Ghanaian delegation was more than just a touristic visit.

“It is about creating relationships and partnerships in the face of boasting intra-Africa tourism and trade,” she added.

She explained that to do business together better, it was important that Africans knew themselves, hence the visit which would be followed by a reciprocal visit to Ghana by a team from Rwanda.

The Director-General of the Chamber of Tourism of Rwanda, Mr Frank Gisha Mugisha, said the country was deliberate in its strides because they knew where they were coming from and needed to catch up quickly with the rest of the world.

He said a collaboration with Ghana and other African countries was key to making the journey faster rather than moving alone. 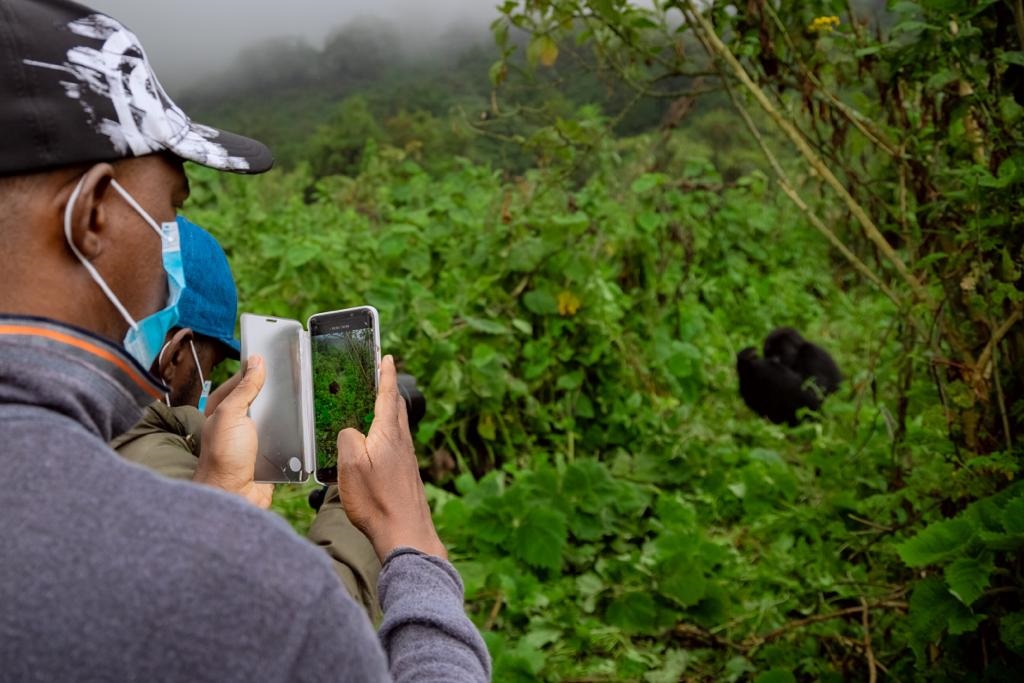 The visit by the Ghanaian delegation to Rwanda is reflective of the desires of many to discover and explore new places which they have heard so much about.

Rwanda, with its magnificent landscapes, wilderness, precious wildlife, rich traditions and an inspiring story of total turnaround, is one such place that many Africans wish to experience.

After gorilla trekking, the delegation checked into the waterfront hotel, Lake Kivu Serena, in the riverine town of Rubavu on the border with DRC, where they soaked themselves in the serenity of Lake Kivu, the sixth largest in Africa, where kayaking and other water sports are the main activities for tourists.

Amid the sightseeing lies an opportunity for visitors to meet potential business partners and explore investment opportunities.

The Volcanoes National Park is also home to buffaloes, elephants, golden key monkeys and other primates and preserves the evergreen rainy forest of bamboo, open grassland, swamp, heath and the stinging nettles. 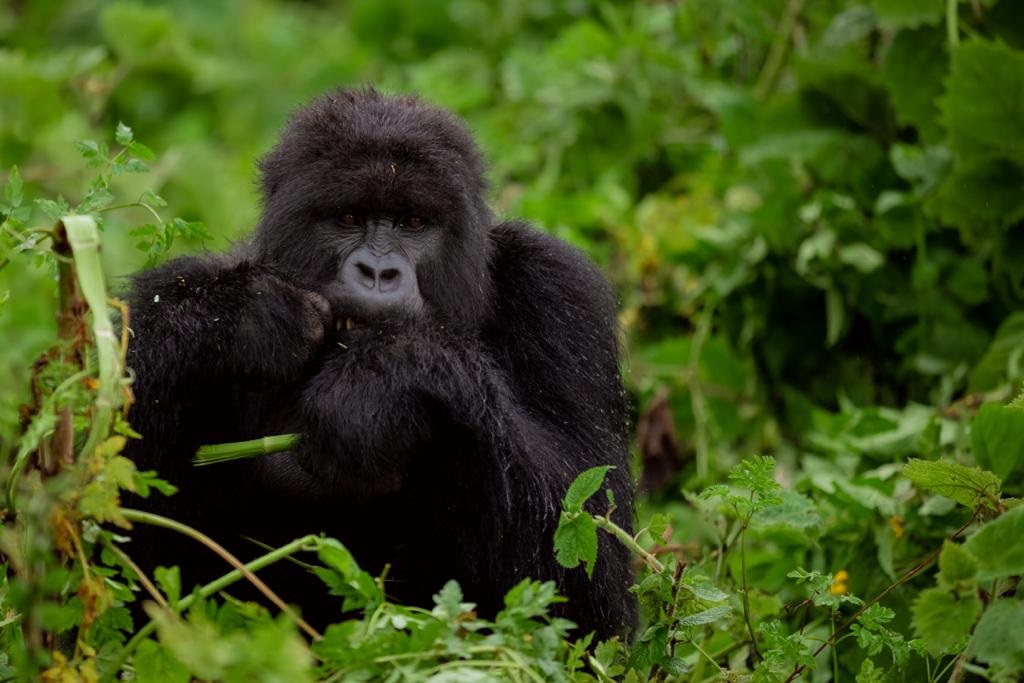