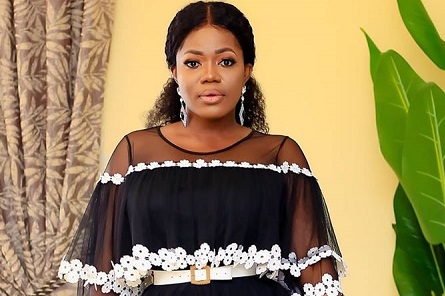 Musician Mzbel is a fighter who does not take adversity lying down, she gives as good as she gets and she is proving that she will not stop.

She has sent a message to those who rejoiced at the news of her arrest on Monday, August 24, telling them to go for a refund if they prayed for her downfall.

News of her arrest spread on social media with some of the people she is feuding with shading her in their posts but in a post on Instagram on Monday night, Mzbel wrote: “If u prayed for my downfall, u should get a refund back lol, Well feel free to use me to trend some wai lol good night Mzbelievers.”

If u prayed for my downfall, u should get a refund back lol Well feel free to use my name to trend some wai lol good night Mzbelievers 🤎 #Goddess #Mzbel #IndependentWoman

Reports indicate that Executive Director of Angel Broadcasting Network, Stacy Amoateng caused Mzbel's arrest after she claimed that controversial prophet, Nigel Gaisie had told her the host of Restoration TV show had HIV. Stacy filed a complaint at the Criminal Investigations Department.

CID Public Relations Officer DSP Juliana Obeng confirmed the arrest to Adom News according to myjoyonline.com, disclosing that the singer came on her own but was officially arrested.

She added that Mzbel was cautioned on Section 208 of the Criminal Code. Mzbel was reportedly granted bail but is expected to report at the CID offices today, Tuesday, August 25.