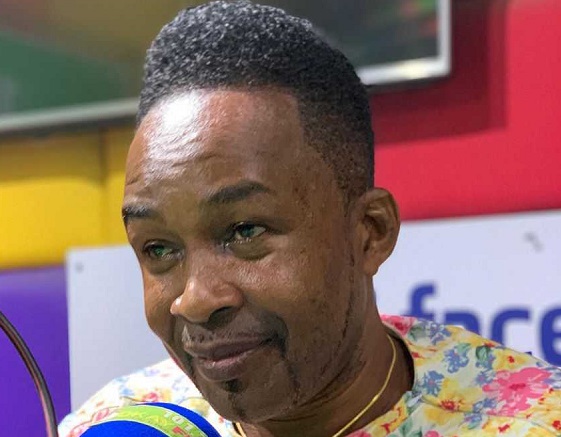 Gospel musician Nicholas Omane Acheampong has dismissed claims that celebrities who have gone public about their political affiliations often fall on hard times.

There are countless reports about entertainment personalities who have shown their political colours being negatively affected; some lose out on lucrative deals or roles which ultimately leaves them worse off but for Nicholas Omane Acheampong, it is only lazy celebrities who complain.

Speaking on UTV's United Showbiz programme on Saturday, he said if a celebrity is talented there is no way he or she should be affected by campaigning for a political party.

“I admire someone like John Dumelo, despite coming out strongly to support the NDC his popularity has not gone down and he is still doing extremely well.

"Anyone who would hide behind a political party and say he is not doing well because he publicly campaigned for that party is just lazy,” he told host Nana Ama McBrown.

Nicholas Omane Acheampong, who has pitched his camp with the New Patriotic Party (NPP) over the years indicated that he was very confident about President Akufo-Addo winning another four-year term and he was readying to drop a powerful song for him after the elections.

“Nana Addo has succeeded in convincing me to campaign for the NPP with their good messages. The free SHS alone is enough reason for me to vote and campaign for them,” he said.

He stated emphatically that ex-president John Mahama will never become the president of Ghana again.

“Mark my words, John Mahama is never winning this election. It is a straight win for the NPP. I, therefore, urge everyone to vote massively for NPP so that Nana Addo can continue his good works,” he said.