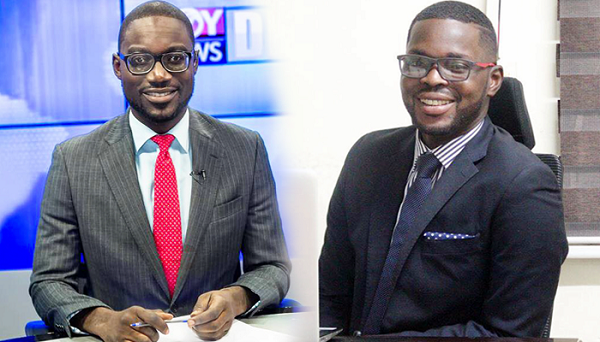 There is a lot to write about this week. For instance, there is a lot of drama going on in the Big Brother Naija house on DStv and then there was that surprise that Donald Trump gave his Secretary of State, Rex Tillerson, when he fired him on Twitter.

There was also that ensuing diplomatic tough talk between British Premier, Theresa May and Russian president, Vladimir Putin and the sad demise of the British scientist Stephen Hawkings that gripped the whole world. My radio, TV and social media are inundated with these matters.

Oh and then there was the small matter of Zylofon Media and its record label signee, Mr. Livingstone Etse Satekla, with artistic name, Stonebwoy (see what I did there?) embroiled in a brouhaha over the terms of the contract they signed that got many wagging their tongues and Kumi strumming his Guitar once again to create a beef.

You may have followed the alleged attempt to take his vehicle, the purported warning shots from him and then the pulling down of Zylofon branding collaterals, the radio discussion that didn’t go well, the suspension of transport officer, the statement to name which artistes are under contract at Zylofon and many more. Sigh!

There have been a lot of conversations on the ongoing feud between the parties since the issues of the weekend emerged. I for one had a call from Joy FM to share a thought on their morning show hosted by Daniel Dadzie. I remember saying that the parties should talk and sort out the issues that have arisen.

Talking about Dadzie brings me to the subject I want to talk about today and it is about the issue of the host of the Super Morning Show on Joy FM. Regular, or even just casual listeners to the show would have noticed that for about four weeks now it has not been the regular host Kojo Yankson in the seat.

The voice that presents the show and interviews guests and interacts with his colleagues during newspaper review, sports, business news and the news is not that of Kojo Yankson. It is the voice of a certain Daniel Dadzie.

As a consequence, there have been speculations about whether Kojo Yankson has been kicked off the show for the younger man or he has just taken a break for a while to allow his sit-in to enjoy his time on the throne of Komla Dumor.

Indeed, there has been speculation from many people about how Yankson has lost favour with his employers and had thus been taken off the show. Many on social media have posted, tweeted or just said that in one form or another.

Last Monday on Facebook, a gentleman called Lloyd Owusu-Asante posted “has Kojo Yankson left the Super Morning Show as host? It’s been a while since I heard him on it.” The first comment under the post was by Kwesi Paintsil who said “His leaving would be for good.”

In a swift response Kojo Yankson told him to “believe everything you hear, my Brother.”

And after another commenter asked him if he had been suspended Kojo responded thus “no. I am not.

Why would I be suspended? Have I done something wrong please?”

It is important to put into perspective the fact that many loyal listeners of the morning show on Joy FM who would share their views about the show do not have very positive things to say about the tenure of Kojo Yankson.

There have been many posts on Facebook by people who have expressed their view about his handling of the show and yet others have noted how they have turned to Bernard Avle and his team on Citi FM because of that.

It is perhaps the reason why some would hope that his absence from the show would be a permanent one and the comments most have passed about his suspension, sacking and just any manner of him getting off of the show.

I decided to check with sources at the station to know why the young presenter from Skyy Power FM has been sitting in for Kojo Yankson and most importantly if the latter had really been kicked off the show, despite his refusal of such a claim on Facebook.

I got to know that indeed Kojo Yankson had not been kicked off the show. At least not for now. Why he is not hosting the Super Morning Show, my source pointed out, is because he has been asked to take a break to observe his show and others on competitive stations for a while.

He would return in three months to take over his show and would be expected to add what he had observed while off the show to enrich the Super Morning Show and make it great again.

If that is indeed what the issue is, then loyal listeners of the Super Morning Show have just about two months to begin to hear the voice of Kojo Yankson in the morning once again.

In spite of this information, were we to assume that Kojo Yankson is not going to come back, would Daniel Dadzie be the right person to take over the daunting task of making the show the most listened among target audience in Accra? Does he have what it takes? I don’t know and won’t hazard a guess.

All I know it that the competition in that part of the day has become keener than it used to be. Joy FM has had its bitterest rival, Citi FM bludgeon it to pieces and others are eating at what was once a fortress.

This means that a lot has to be done to bring back the glory days. Maybe Dadzie could do it if he is given the time or maybe his observation from the bleachers would help Yankson return with a big thumping bang!

Two months is but a few days away and we shall know if indeed Kojo Yankson is coming back to being our morning man or he has been knocked off his perch by the former Mfantispim student and KNUST graduate, Daniel Dadzie.