Hearts of Oak to be without Emmanuel Nettey, Michelle Sarpong for Elmina Sharks game 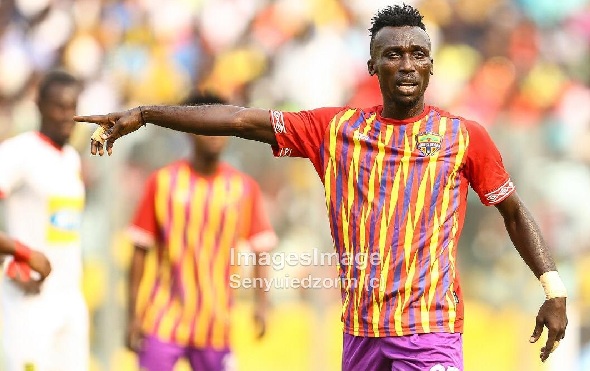 Accra Hearts of Oak are expected to be without duo Emmanuel Nettey and Michelle Sarpong in their upcoming Week Eight Ghana Premier League fixture away at Elmina Sharks through injury.

The Phobians have announced that both Nettey and Sarpong are receiving medical attention following different injuries they sustained during league engagements.

Hearts influential midfielder Nettey sustained a knee injury against former side Inter Allies while Sarpong is on medication for his hamstring injury.

Providing update on the duo’s injury, the club’s official Twitter page wrote “Emmanuel Nettey is receiving medical attention on the knee injury he sustained in the game against inter allies.

“He is expected to meet the doctors again this week. Michelle Sarpong is down with a hamstring injury and currently on medication.”

Nettey has been an instrumental figure in the Hearts set up following his move to the Accra-based side and would be missed by the Phobians who are looking at a third consecutive win in the top flight.

Sarpong on the other hand has been a force to reckon with in the team following Coach Kosta Papic’s arrival and is expected to return in time to help the team’s title push.

Hearts currently sit fifth on the league log with 11 points from seven matches.