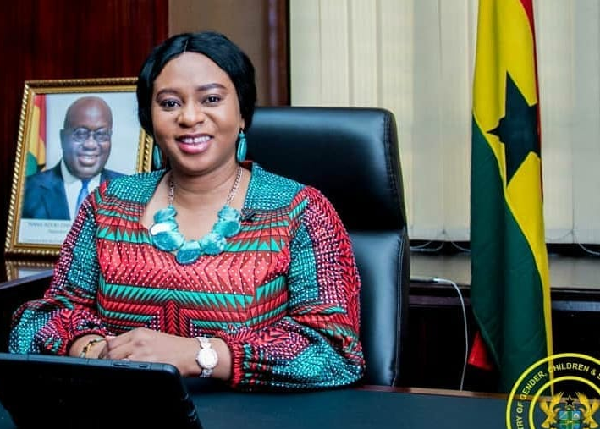 The Speaker of Parliament, Mr Alban Sumana Kingsford Bagbin has denied some media reports suggesting that he has granted the New Patriotic Party (NPP) Member of Parliament for Dome-Kwabenya, Sara Adwoa Safo, permission to absent herself from Parliament.

The Speaker said he has not granted any such permission and that the Votes and Proceedings of Parliament has clearly captured her absence.

Mr Bagbin's explanation on the floor of the House on Thursday [February 24, 2022] followed some media reports that suggested that he was aware of the Dome-Kwabenya MP's absence from the House.

"I want it to be known by all that I have not granted any such [media] interview anywhere. I have not said anything like that anywhere, and the Votes and Proceedings of the House are so loud that, she is absent without permission. That is on the Votes and Proceedings of the House. it is not the Speaker who determines who is present and who is absent... and those who are absent with permission. And so please, I have received a lot of [telephone] calls from a number of media men on that issue and that is why I don't want to delay in making the world know that I have not said such thing anywhere," Mr Bagbin said.

The vociferous MP for Assin Central, Mr Kennedy Ohene Agyapong has this week in various media interviews expressed fury about what he describes as the long absence of Adwoa Safo from Parliament.

Speaking on GTV's Breakfast Show Monday [Feb 21, 2022] and on Asaase Radio on Tuesday, Mr Agyapong said he was furious because he was at the receiving end of insults because he was part of the campaigners for Ms Safo's re-election in 2020.