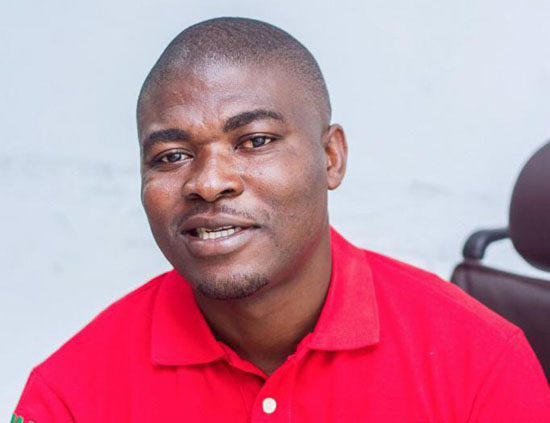 An aspiring Deputy National Organizer for the National Democratic Congress (NDC), Mr Kobby Barlon has stated that his priority would be to energise the grassroots of the party when the delegates give him the mandate

explained that the NDC did not lose the 2016 election but gave out power to the NPP on a silver platter in what he called an "unconscious" neglect of the grassroots which led to apathy on election day.

“The NDC that I was born into is a party of the grassroots and for the grassroots. It has always been a party that resonated with the ordinary Ghanaian. Many people from all walks of life easily identify with it because it is a party that offers opportunities for all irrespective of where one comes from. So for the NDC to return to power there is the need for us to go back and energise our traditional support base," he stated.

Mr Barlon who was addressing journalists after his tour of the various constituencies in the country said that the NDC was better placed to win the 2020 polls than the NPP since the latter had not been able to fulfil its numerous campaign promises it made to the electorate including the numerous corruption scandals that have rocked it.

Mr Barlon is competing against 9 others in what is expected to be one of the hotly contested slots in the delegates congress slated for November 17, at the Trade Fair Centre in Accra.

“I am not perturbed about the number of people contesting. The delegates are fully aware of my commitment level. They know I can do the work and I have no doubt that they will reward me for my commitment and loyalty all these years," he said.

He said he would sign what he called a “social contract" under which he would be obliged to focus on strengthening the party's outreach efforts to attract new and first time voters, to build internal coordinating systems that would enhance the working relationships of party leadership with parliamentary caucus, Zongo Caucus, Youth and Women's wings.

Barlon noted that the social contract would also strengthen efforts at ensuring that a large chunk of their traditional support base get out and vote in their numbers on election day to avoid what happened in 2016 where apathy made a large number of the supporters to stay away from voting.