Ghanaians urged to vote massively for election of MMDCEs 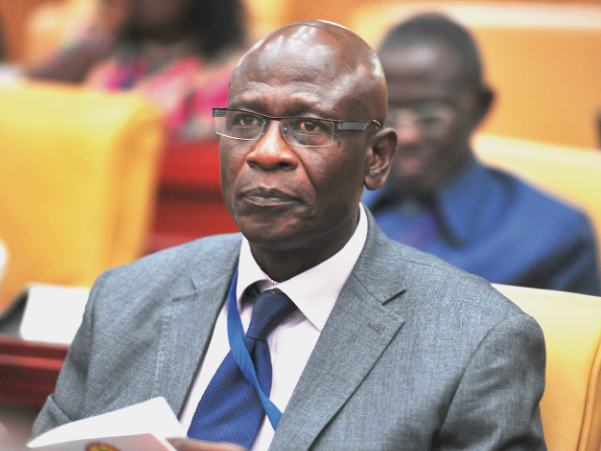 The Deputy Minister of Local Government and Rural Development, Mr. Kwasi Boateng Adjei has called on Ghanaians to come out in their numbers during the referendum on December 17 this year and vote yes to actualize the dream of the President on the election of Metropolitan, Municipal and District Chief Executives (MMDCEs).

“So there would be a referendum come December 17 and I am making a special appeal to all of you to turn out in your numbers to massively vote yes to actualise the dream of the President such that we are able to elect our chief executives, assembly members and unit committee members on a partisan basis,” he said.

Mr. Adjei made the call at the inauguration of a new office complex for the Ga South Municipal Assembly at Galilea, Ngleshie Amanfro in the Greater Accra Region.

According to him, there had been an average of about 38-40 percent voter turn out at the district level elections over the years as compared to the presidential and parliamentary elections which were between 75 and 80 percent.

“So it looks like people don’t have too much interest in local elections but that is what is critical to us because in terms of development, the assemblies are placed in such a way that they are able to affect the development process.

So in December this year, we are going to have district-level elections, we are working towards amending Article 55(3) of the Constitution to allow for the participation of political parties in the district level elections,” Mr. Adjei said.

The Electoral Commission (EC) has confirmed that the District Level Elections (DLE) and the referendum to amend Article 55 (3) of the Constitution for MMDCEs to be elected on partisan basis would be held on the same day.

The deputy minister said assemblies across the country had an obligation to ensure that they did quality delivery of services, adding that assemblies should be able to advance the cause of development for the people.