Three in police custody for lacing drinks with Indian hemp 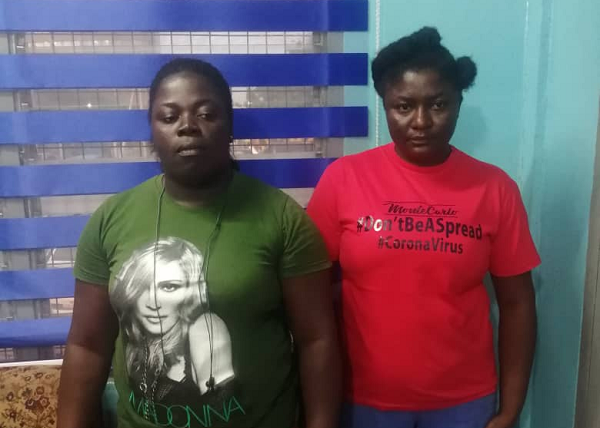 Two of the three suspects arrested by the Police
30.5k Shares

Three persons, including a 14 year old minor, are in police custody in Tema for allegedly lacing customers' drinks with Indian hemp.

The suspects, Jessica Mensah,30 who is the bar operator at Monte Carlo drinking spot in Tema and Charity Yeboah, 30, a bar attendant, as well as a 14-year old minor (name withheld) an errand boy were arrested on Saturday, November 28, 2020 for selling bottles of drinks suspected to be laced with cannabis

The Tema Regional Police Command Regional Police Public Relations Officer, Chief Inspector, Stella Dede Dzakpasu who confirmed the arrest to Graphic Online, said a total of 668 bottles of drinks of such nature were recovered by the Police.

She said the police was conducting further investigations into the case and advised the public to be sure of substances they patronise in order not to fall victim to such practices.