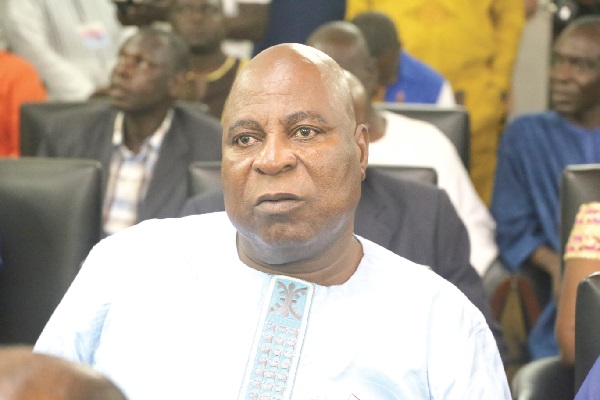 Mr Ashitey, 67, who was also a former Minister of State, and former Member of Parliament for Tema East MP died on Friday, January 7, 2022, at the International Maritime Hospital in Tema.

Mr Ashitey served as the MP for the Tema East constituency in the 2nd, 3rd and 4th parliaments of the 4th Republic of Ghana.

During his tenure as Greater Accra Regional Chairman of the NPP, he led his party to retain the majority of the Parliamentary seats in the 2016 general elections.

Sources within the NPP in Tema told GraphicOnline that Mr Ashitey returned from his routine medical checkup in the United States not too long ago and that he had hosted some friends and family members in the afternoon prior to his demise at the hospital.

The Vice President of the Republic, Alhaji Dr Mahamudu Bawumia in a post on his Facebook page expressed his condolences to the Ashitey family on the passing of Mr Ishmael Ashitey, who was an ex-Minister of State, former Tema East MP and NPP regional Chairman.

He wrote, "My thoughts are with them at this difficult period".