I’ve not been charged – Anyidoho 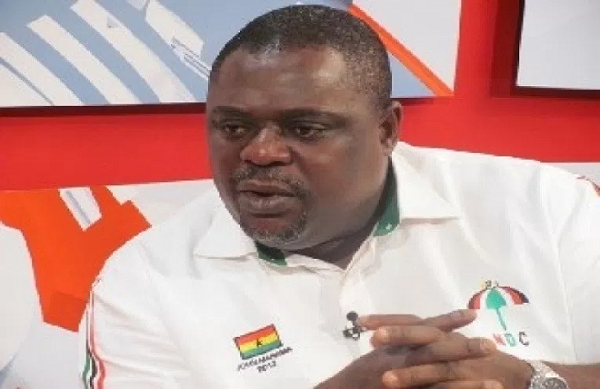 The Deputy General Secretary of the opposition National Democratic Congress, Koku Anyidoho says the Criminal Investigation Department (CID) has not officially charged him with treason.

Speaking on Joy FM’s news analysis programme, Newsfile on Saturday, he said the CID is still investigating his alleged crime and has not offered any charges against him.

He added that he was on a Police enquiry bail.

Touching on his two days experience, Mr Anyidoho said he respects the sovereignty of the nation; hence he has no intention to break the democratic dispensation of the country.

He further commended the Police Service and the Bureau of National Investigations (BNI) for doing their job, adding that he was treated properly following his arrest over “treasonable” comments he made on a radio discussion, Monday night.

Mr Anyidoho said the law must be allowed to take it course, “I was not manhandled at any point in time; not by the CID or the BNI”.

He was picked by plain-clothed officers from the Criminal Investigations Department (CID) in the midst of a news conference by the Ghana First Patriotic Front ahead of Wednesday's demonstration against the military cooperation deal between Ghana and the US.

Kokyu Anyidoho is expected to report to the police on Tuesday.