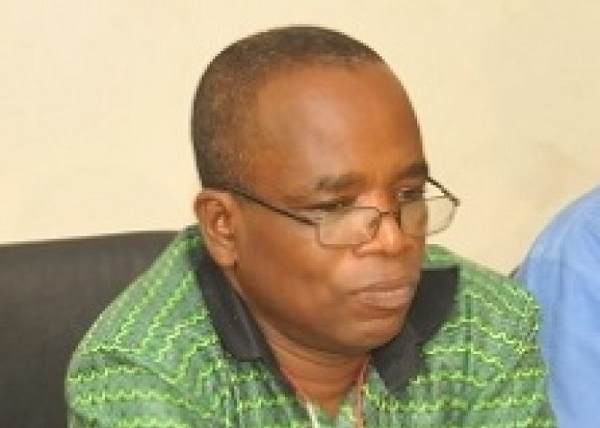 My association with the Graphic Communications Group Limited as a permanent employee will end this year as I am due for retirement. I have since the beginning of the year attempted to give account of some of the developments I have gone through serving as a journalist with the company.

Two weeks ago, I recounted how thieves broke into my bungalow and made away with money and some other items when I was a reporter in Tamale. I expressed deep indignation about the inaction of the Regional Manager of the Graphic Corporation, Nii Adjei Anum, who asked me to write to Accra for approval before any action could be taken and how the Managing Director, Mr. David Anani Fiadonu, came to my rescue.

Before the Regional Manager disappointed me and broke my heart, I had suffered some indignation when I went to the Tamale Regional Police to make a report about the theft. I was physically assaulted by a policeman. My crime was that I had not answered directly a question by the CID officer who was tasked to investigate my complaint.

When I entered the charge office, I was directed to an officer on my left. Thus as I faced the officer my back was towards the window. The officer after listening to my complaint asked me whether there was anybody I suspected to have been involved in the theft. Initially I said it was difficult for me to answer the question since there was nobody that I could think of as being the culprit.

He looked at me sternly and repeated the question for which I said if I knew the thief I would not have come to the police station. Apparently the policeman who slapped me was walking along the back of the window and felt that I was impolite towards the officer questioning me and decided to inflict corporal punishment by slapping me from behind through the window.

To be fair to the officer interrogating me, he expressed shock and surprise at the behaviour of his colleague and asked why he did what he did and whether he knew who I was. The slap was so sudden and strong that I was in tears and retorted that they could not find the thief and yet they had beaten me. The offensive policeman was not remorseful and had to be restrained from hitting me again when he entered the room. His colleagues who knew me all kept silent and signalled to him that he was courting trouble.

I narrated the incident and the officer was summoned to report to the Regional Commander. It was when he saw me in the company of the Deputy Regional Secretary at the Commander’s office that he became apologetic.

Before then, he got to know who I was when we left for the Regional Administration. He was told that I was the nephew of Sgt Boye. Indeed, Sgt Boye happened to be a former middle school teacher from Boamang and we referred to him as Teacher Tough Guy. When I was transferred to Tamale, the colleague I was to replace, My George Sydney Abugri , had not moved out of the official bungalow at Agric Ridge and therefore I had to stay with Sgt Boye at the Tamale Police Barracks for two months.

Mr. Klobodu promised to deal with the issue. The Deputy Regional Secretary asked me to remain calm and allow the Regional Commander to address my concerns. As soon as we came out and the Deputy Secretary left, my former teacher called for me and pleaded that the offending policeman was his very good friend as they lived in adjoining flats and therefore I should leave matters to him.

In deference to Sgt Boye I had to see Mr. Klobodu the next day to seek his permission to let sleeping dogs lie. He obliged but not before he had invited the policeman to his office and asked him to apologise to me and ask for forgiveness. I readily obliged and thanked Mr. Klobodu.

Thankfully by divine intervention, in the evening of the day of the theft, when the watchman reported for duty, he followed some footprints into a nearby cassava and maize farm where he discovered all the items stolen from my bungalow hidden there except the money. But because of the experience at the police station, I resolved not to keep my things and leave everything to God.