A driving licence without goro 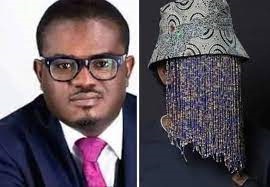 As I am wont to do once a while, I will digress even before I begin. This week, I do so to ask: Where are all the bundles of crisp freshly baked US$100 bills which the dismissed Minister of State at the Finance Ministry, Adu Boahen, was seen packing into the black polythene bag offered him by the (unseen) Sheikh he had been talking to in the video footage recorded by Anas Arameyaw Anas’s Tiger Eye production team?

Has the ex-minister been asked to refund it to the State? Has the Office of Special Prosecutor confirmed with Tiger Eye how much was involved?

I believe I have sufficient reason to applaud the performance of our Attorney General, Godfred Yeboah Dame. What an attorney! He literally compels judges to change their minds in cases that have long been lost by the State, pronounced dead and buried.

Take the Norway case reported in the Daily Graphic. Dame argued Ghana’s case to victory, compelling the Oslo District Court to dismiss an action instituted by a Norwegian firm in 2018 against Ghana over the sale of property Ghana had intended to buy as a Chancery.

The court awarded the sum of 1.5 million Norwegian Kroner (approximately UD$150,000) payable by the Norwegian company to Ghana as procedural costs.

Yeboah Dame is to law as Osei Kofi is to Ghana football! He is a refreshing presence in a President Akufo-Addo team, many of whom have lost the confidence of the public.

Now to this week.

I return to my list of best performing SOEs. On my final list is the Driver and Vehicle Licensing Authority (DVLA). What a 180-degree turn for an SOE that used to be a den of robbers called goro boys colluding with staff of the agency. For big money, they could get you a licence or register your vehicle in 24 hours when genuine car owners were lucky to get it in months.

That was yesterday. Today, you cannot conclude business at DVLA without reaching for a dictionary for satisfied superlatives.

One such impressed and satisfied client is Lawyer Kofi Adu Labi, retired Legal Advisor to two successive governors of the Bank of Ghana.

In a WhatsApp post about a fortnight ago, he wrote his experience which I reproduce below:

“I was at the DVLA today (November 22) to have my driving licence renewed. I had another appointment to keep and was apprehensive that I could be delayed, given the antecedents of the DVLA of old.

“I had read about a fast-track corner at the DVLA called Prestige. I asked for the office on arriving at the DVLA Head Office and was directed by a very polite officer to the place.

“I was impressed. The environment was clean, comfortable and relaxing. The staff were warm and welcoming. Within minutes, and I mean minutes, I was attended to and the renewal effected. The procedure included an eye test I was subjected to.

“To sum up, my experience at the DVLA was a very pleasurable one. I congratulated the staff on their professionalism as I left.

There is a lot that other public sector institutions can learn from the transformation that has taken place at the DVLA.

“Keep up the good work, management and staff of the DVLA.”

It was Mr Adu Labi’s first time at DVLA: he obtained his first driving licence in March 1978!

At today’s DVLA, the client has a choice. For the appropriate fee (official), you get Prestige Service in 30 minutes, Premium Service in two weeks or a Regular Service in up to four weeks. Like an airline passenger, you have a choice between First/Royal Class, Business Class and Economy Class.

What works at DVLA now is the decentralisation and public-private partnership. There is now a licensing office near you, franchised to private companies which work under contract for a commission. Like me (in two successive years) and like Mr Adu Labi, you will leave DVLA with your thumb up.

So what is this rumour that the authority has authorised some “favourite” health facilities to carry out its eye testing service – suggesting cronyism? It is true that some private and government clinics have been selected for the purpose. What is not true is that there are favourites.

The authority, realising the eye tests were generating serpentine and interminable queues, creating fertile grounds for the return of goro boys and corruption, placed advertisements in the media asking interested health facilities to apply.

Ghana is the better for this decision. Tests have been performed, which showed that some drivers have been driving blind (though eyes open); in some cases, with no sight in one eye.

Wanna know the CEO? I don’t have his contact. I am told he is Mr Kwasi Agyeman Busia.
The writer is Executive Director, Centre for Communication and Culture. E-mail: This email address is being protected from spambots. You need JavaScript enabled to view it.