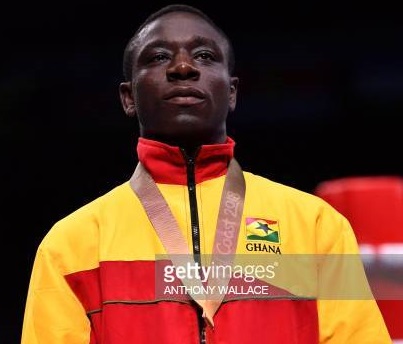 Despite the continuous decline in the fortunes of Ghanaian athletes on the international stage, Ghana will go into this year’s Commonwealth Games in Birmingham, England, hoping to maintain a tradition of winning laurels.

Ghana has just over 100 athletes competing in a handful of individual and team events at the July 28 to August 8 competition and is, therefore, unlikely to occupy the top positions on the medal table. However, there are bright spots in Ghana’s contingent and likely medal winners, especially in boxing.

In 13 appearances at the multi-sport competition since Ghana — then known as Gold Coast — first appeared in what was then known as the British Empire Games in 1965, the country has managed to win 57 medals in total, with the last three editions in Delhi (2010), Glasgow (2014) and Gold Coast (2018) producing just nine medals.

The abysmal performance in recent editions has placed a huge task on Team Ghana at year’s games in Birmingham to improve upon the record at the competition in the Australian city of Gold Coast where amateur boxer, Jessie Lartey, won bronze as the country’s sole medalist.

Ghanaian athletes based abroad, including track and field stars at the just-ended World Athletics Championship in Oregon, USA, are expected to join their counterparts in Birmingham this week ahead of the opening ceremony on Thursday.

Blay first won gold in the 1962 games in Perth, Australia, and repeated that feat four years later in Kingston, Jamaica.

Shittu on the other hand was a gold medalist in the 1966 and 1970 games in Kingston, Jamaica, and Edinburgh, Scotland, respectively.

Of the 57 medals won in total by Ghanaian athletes at the games, boxing has contributed 32 of them, making it the country’s most successful sport at the Commonwealth Games.

Among the proud gold medallists are boxing legend Azumah Nelson at the Edmonton Games and featherweight boxer Raymond Narh, a former staff of the Graphic Communications Group Limited now based in the USA, in Kuala Lumpur in 1998.

Athletics follows boxing as the second most successful discipline at the games, having contributed 20 medals from the Commonwealth Games.

In all, Team Ghana has managed 15 gold, 18 silver and 24 bronze medals at the Games, but in the last two editions the Ghanaians manage to win just three medals.

Team Ghana’s preparations for the Birmingham Games have been not been top notch, with the state investing very little in bringing athletes together for residential camping either at home and abroad until last week.

In the light of inadequate preparations, not many athletes and technical handlers are hopeful of a large medal haul in Birmingham where they will compete with athletes from strong sporting nations with very good preparation for the two-week competition.

“We are really going through a lot to prepare for the games because we have not been able to get financial assistance for a residential camping,” said Kwasi Ofori Asare, head trainer of the national amateur boxing team, Black Bombers.

“The lack of right facilities for boxers to prepare adequately affects our plans and it has always been like this whenever we have international championship,” he said.

Athletes based abroad have been lucky to get the right facilities to train for the games, with most of them taking advantage of being in school to prepare.

The Ghanaian contingent in Birmingham will once again rely heavily on boxing and athletics to deliver medals for the nation.

The national amateur boxing team, Black Bombers, presented nine boxers consisting of eight males and a female for this year’s edition of the games. Ghana’s only medalist at the last edition of the games in Gold Coast, Australia, Jessie Lartey (welterweight), is expected to return home with a laurel.

Samed, an Olympian from the Tokyo Olympic Games in 2020, remains one of Ghana’s brightest hopes in Birmingham, having participated in the 2018 edition of the Commonwealth Games.

Quartey and Addo featured in the last edition of the games and are experienced to win medals for the country this time around.

In athletics, Benjamin Azamati leads Ghana’s quest to win a medal. The 24-year-old will be making his debut at the Commonwealth Games but with a wealth of experience of participating in the 2020 Tokyo Olympics, winning gold in the 2019 African Games in Rabat, Morocco, with the 4x100m relay team and winning gold in 100m in the Paris Diamond League.