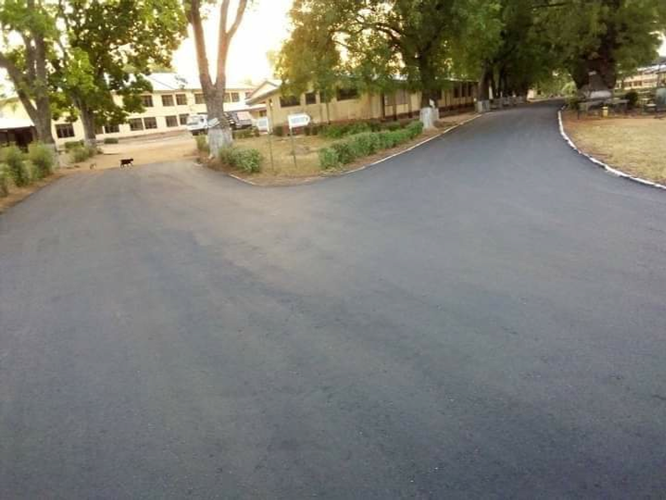 A section of Damongo town roads being asphalted
30.5k Shares

The creation of the six new regions in 2018 was to bring administration closer to the people and facilitate the rapid development of the affected areas.

Within the spate of about four years, the new regions have witnessed massive infrastructural development in the various sectors.

One of such is the Savannah Region which was carved out of the then Northern Region with Damongo as its regional capital.

The region has a landmass of 34,790 sq. km, constituting about one-fifth of the total land area of the country. It also has an estimated population of about 653,266, with an annual growth rate of 3.1 per cent, according to the 2021 Population and Housing Census.

It is bordered to the north by the Upper West Region, on the west by the Ghana-Cote d’Ivoire and Burkina Faso international borders, on the south by Bono East, Bono and Oti regions and on the west by the North-East and Northern regions.

Though its large land mass has brought with it some challenges, it has also presented the region with very important natural resources such as water bodies and arable lands.

Many of the projects have been completed, while others are at various stages of completion.

The projects, some of which commenced in 2017, are mainly in the areas of agriculture, education, health and transport.

The Savannah Regional Minister, Saeed Muhazu Jibril, told the Daily Graphic that the fulfilment of the government's promise of creating the new administrative region had accelerated equitable development in the area.

He said the government was on a drive to bring massive development to the people of the region, indicating that within the past four years; a lot of measures had been put in place to leapfrog the infrastructural development of the area, to address the challenges of the people.

He said the President’s vision to have a new paradigm of development, where critical offices were not centred in the regional capital but distributed across various districts for the people to feel the impact, was also on course.

A total of 76 roads projects, covering a stretch of about 2,108 kilometres are being constructed across the region. Notable among them are construction of the Fulfulso-Bunjai, Daboya-Mankarigu, asphalting and rehabilitation of town roads.

Explaining the components of the projects, Mr Jibril said work on them included asphaltic overlays, reconstruction, dualisation and upgrading.

Aside from construction works, he indicated that streetlights were also being fixed in all major towns, which had improved visibility at night and encouraged commercial business activities among residents along major streets in the regional and district capitals.

Mr Jibril noted "to enhance traffic flow, reduce the cost of doing business in the regional capital as well as give it a major facelift to befit the status of a capital, the government is rehabilitating the entire Damongo town roads and there has also been the construction of new link roads and drains in the town.”

In connection with the government’s one district, one factory (1D1F) initiative, an Integrated Recycling and Compost Plant (IRECoP) has also been inaugurated in Damongo.

The $20-million plant is expected to employ technology to recycle organic, plastic and other waste into usable raw materials, to feed agricultural and other industries.
Built by Zoomlion Ghana Limited, with its European partner, Komptech, in partnership with the government, the 400-tonne facility is one of the first 16 recycling and compost plants being constructed across all the regions in the country.

It also has the ability to recover waste materials that would have been landfilled and turned into raw materials for industry, which will go a long way to save the environment from pollution and the space needed to site new landfills.

Additionally, it will serve as a research and training centre for educational institutions, as students will be allowed to use the facility for internship, project work and attachment.

Mr Jibril said the region had had much improvement in terms of agriculture output, especially with the introduction of the Planting for Food and Jobs (PFJ) and Planting for Exports and Rural Development (PERD).

He said, for instance, the government had since the creation of the region in 2019, invested more to increase agriculture production under the PERD.

“In order to promote rural economic growth and improve household incomes of rural farmers, the government introduced the PERD,” he said. 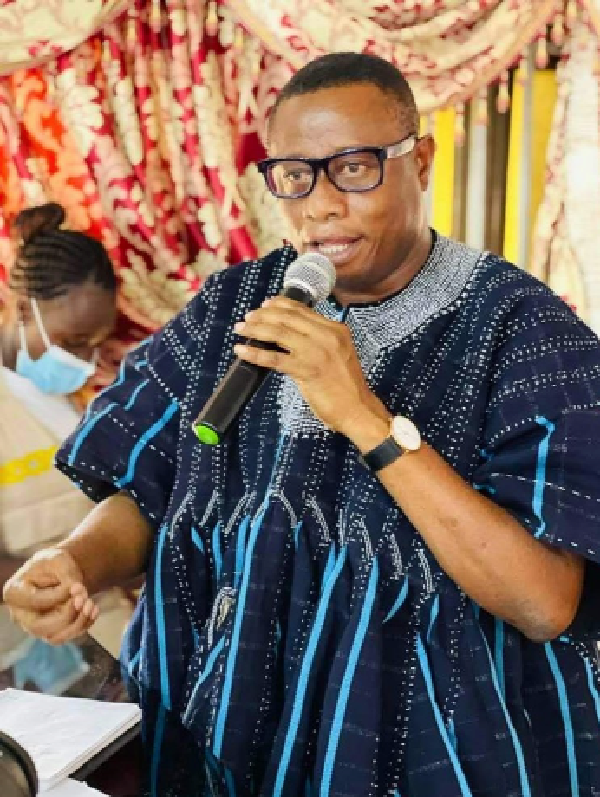 In respect of health, about 28 Community-Based Health Planning and Services (CHPS) compounds have been established in the various district assemblies in the region.

Also, one health centre has been constructed at Bole and North East Gonja, with Sawla-Tuna-Kalba benefiting from two projects.

The minister stated that the region had benefited from three of the Agenda 111 hospital projects, with works progressing on the projects in North East Gonja, North Gonja and Damongo.