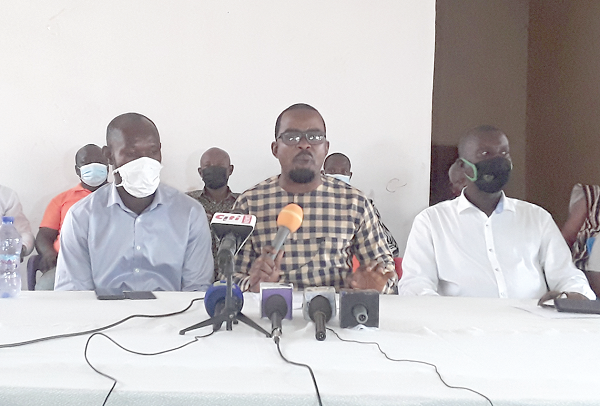 Some serving and past elected assembly members of the Asante Akim Central Municipal Assembly in the Ashanti Region, have commended the current Municipal Chief Executive, Mrs Suzan Akomeah, for her stewardship.

According to them, in the last three years that she had been at the helm of affairs, the municipality had seen an unprecedented level of infrastructural development.

Addressing a press conference at Konongo, the spokesman for the assembly members, Mr Oheneba Appiah Kubi, Assembly member for Dwease Electoral Area, said no MCE had performed as much in their first term in office as Mrs Akomeah.

He said she had completed most of the important projects started by the National Democratic Congress and initiated new ones, all aimed at promoting development in the municipality.

According to him, the MCE was a unifier and had been able to bring all the factions within the party and the communities together since assuming the position of the political head of Asante Akim Central.

He said her appointment brought lots of development to the people of the municipality and as such, the people were grateful to the President for appointing her as MCE.

He mentioned some of the projects undertaken by the MCE within her three years in office to include the provision of 1,800 desks to schools in the municipality, the construction of classroom blocks, provision of mechanised boreholes for communities with water difficulty and the upgrading of the Odumasi market.

Mr Kubi said the assembly also completed the CHPS compound for the Kyekyewere and Kyekyebiase communities and constructed a16-seater toilet facility for Praso.

He said the plea of the people of the municipality was that the President should re-nominate her after the expiry of her term to continue with the good work for the benefit of the area.

According to the Assembly member for Dwease, it was the projects undertaken by the assembly compiled in a brochure that was used to campaign for both the Member of Parliament for the area and the party.

“In effect, it was her works that won the elections for the party in the constituency,” he said and reiterated the call of the people to the President to retain her.