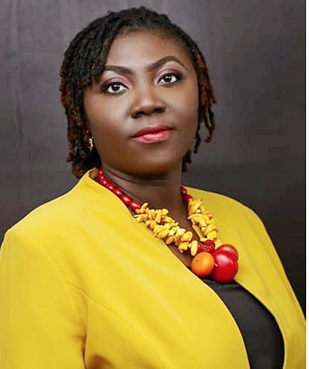 A call has been made on Ghanaian parents not to sacrifice their native languages in favour of other languages in the upbringing of their children and the younger generation.

At a ceremony to mark the 2021 International Mother Language Day, the Secretary-General of the Ghana Commission for UNESCO, Mrs Ama Serwah Nerquay-Tetteh, said while it was good to learn and speak other languages of the world, parents must remember that research had shown that proficiency in the native or mother tongue enables children to reason better and help them to “think on their feet”.

Mrs Nerquay-Tetteh was addressing an audience of parents, language facilitators and students of Ghanaian languages in Ghana and in the diaspora at an official function held online by the Nayram Language Centre (NLC) in Accra.

The ceremony was held under the auspices and sponsorship of NLC’s mother affiliate, the Raddy Infant School.

Proclaimed by UNESCO some 20 years ago, International Mother Language Day is celebrated across the world on February 21 to promote linguistic and cultural multilingualism and diversity. This year’s theme was “Fostering multilingualism for inclusion in education and society,

Mrs. Nerquay-Tetteh stressed that among its many values, language give a people a real sense of identity, while it wove together a rich tapestry of the world’s different cultures and traditions.

“Who we are is embodied in the language we speak and we must always remember that the day the last person who speaks our language dies, our traditions and entire cultural heritage dies with him. It is for this reason, and the important role our mother tongues play in our lives, that the United Nations declared the International Mother Language Day – a day on which we must celebrate and uphold our native language,” she said.

“I must commend the work of organisations like the Nayram Language Centre which has taken advantage of technology to teach young people their native languages. In the Centre’s own small way, it is helping to ensure that the languages we have in Ghana do not die out. People must emulate and complement this effort by showing some pride in their nativity and whenever possible, by speaking their native languages, “she added.

The founder and Director of the Nayram Language Centre, Mrs Nayram Kyei-Mensah, decried the continued marginalisation of mother tongues and native Ghanaian languages “on account of so-called modernisation and globalization”

In a welcome address flavoured with maxims in Twi, Ga and Ewe, Mrs. Kyei-Mensah recalled the days of old when “volumes of invaluable native wisdom” was imparted from grandparents and the older generation to children and the upcoming generation simply through two-way interaction in local dialects or the mother tongue.

“Sadly, the story is completely different today, as the new generation of children, especially those in urbanised communities, are unable to speak or understand their own mother languages. The fear here is that a whole upcoming generation of Ghanaians could be slowly losing not just their identity, but also their culture and traditional values and heritage as a people,” Mrs. Kyei-Mensah lamented.

She said it was in appreciation of the seriousness of this danger that the Nayram Language Centre partnered with UNESCO and other concerned stakeholders to use this year’s International Mother Language Day celebration to raise the red flag and draw the public’s attention to the looming dangers of the widening mother language gap especially among children.

“We must start correcting this trend by speaking our mother language to our children at home. And mind you, it is untrue that children would be confused if we speak two or more languages with them. By nature, children pick up languages more easily and faster than adults and can speak as many languages as possible,” she said.

A special message from the UNESCO Headquarters presented by the National Programme Officer for Culture at UNESCO Ghana, Mr. Carl Ampah, was emphatic that promoting the use of the mother tongue necessarily implied fostering access to education for all, as well as the dissemination of cultures in all their diversity.

“When 40 per cent of the world's inhabitants do not have access to education in the language they speak or understand best, it hinders their learning, as well as their access to heritage and cultural expressions. This year, special attention is being paid to multilingual education from early childhood, so that for children, their mother tongue is always an asset,” said the message, signed by the Director-General of UNESCO, Ms. Audrey Azouley.

The Nayram Language Centre, an affiliate of Raddy School, and a bourgeoning online institution for the expedited learning of Ghanaian languages by Ghanaians and persons in the diaspora with interests in becoming proficient in Ghanaian languages, collaborated with Ghana Commission for UNESCO to host the 2021 International Mother Language Day event.