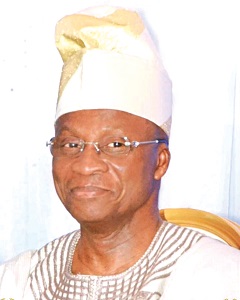 An Accra Circuit Court has struck out a case against a businessman, Alhaji Ahmed Nii Oti Vanderpuije, who was declared a wanted person by the police.

On May 30 this year, the court, presided over by Susana Edufu struck out the case following the decision of the Attorney-General (A-G) to withdraw it.

“After a careful study of the docket, I have the instruction of the Attorney-General to withdraw the case from this court at the moment. When the Attorney-General’s office is ready to proceed, we will take the necessary steps. This is pursuant to Section 59 of the Criminal Procedure Act,” the A-G’s report said.

In view of the report, the court struck out the case as withdrawn, adding “the accused is discharged upon the submission of the Attorney-General.”

The police had caused a publication in the April 26, 2022 issue of the Daily Graphic declaring Alhaji Vanderpuije a wanted person.

However, in a press release signed by the Head of the Public Affairs Unit of the Criminal Investigations Department (CID) of the Ghana Police Service, it said following the striking out of the case the police has retracted the publication.

“The court case referred to was struck out on May 30, 2022. In this respect, the Police hereby retract the publication made in respect of Alhaji (Dr) Ahmed Nii Oti Vanderpuije. He is not a wanted person,” the press release stated.