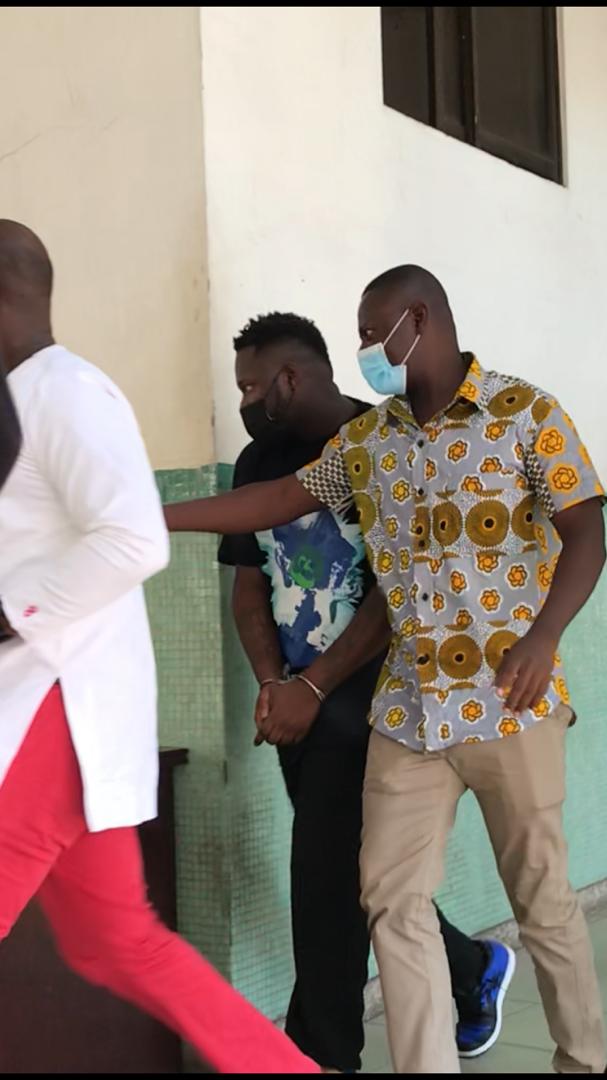 Ghanaian rapper, Samuel Adu Frimpong, aka Medikal, has been remanded into prison custody for five days for allegedly brandishing a gun in public.

He was arrested on Thursday for allegedly brandishing a fire arm on social media.

The rapper, who was charged at the Accra Circuit Court Friday (Oct 22) with display of arm and ammunition was denied bail by the court presided over by Mr Emmanuel Essandoh.

The prosecutor, Chief Inspector Dennis Terkpetey who read the facts of the case said the accused person is a popular musician.

He said in the month of September, this year, while in his car, the accused without any reasonable excuse displayed a Ruger 9mm pistol and posted the video on his snapchat social media platform.

“On September 26, 2021, the prosecutor said the video of the weapon Medikal displayed on the snapchat went viral and "Adomonline published same,” the prosecutor told the court.

On October, 21 2021, the Police, acting on intelligence arrested the accused and handed him to the Regional Criminal Investigations Department for investigation.

The rapper, he said admitted the offence in his investigation caution statement.