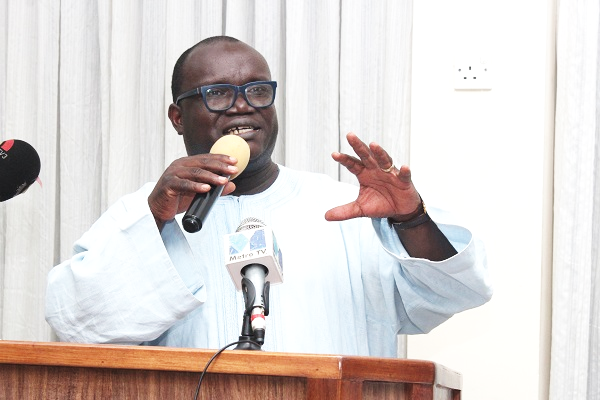 The Ghana Chamber of Telecommunications (GCT) has stated that the common platform monitoring system by the National Communication Authority (NCA) and Kelni-GVG will compromise the privacy of their clients.

According to the Chamber, the current decision taken by the two entities did not conform to the existing regulatory frameworks for the telecommunication industry.

A statement issued by the Chamber on Friday and signed by its Chief Executive Officer (CEO), Mr Kenneth Ashigbey, said the current arrangement did not provide customers the privacy of their communication that the Constitution guaranteed them.

The Minister of Communications, Mrs Ursula Owusu-Ekuful, last Thursday gave a one-month ultimatum to all telecom operators to connect their operations to the common platform (CMP) provided under Kelni-GVG contract or risk sanctions.

When she appeared before Parliament to answer concerns raised about the NCA-Kelni-GVG deal, she explained that “the CMP will provide real time monitoring of all traffic volumes on all networks as has never happened before:; it is currently conducting anti-fraud testing, as envisaged; the Network operation centre has been set up, connected and equipped with hardware and software.”

In its statement, however, the GCT said the current architecture was not friendly since it sought to connect beyond the equivalent point in the network where the operator’s billing systems were connected.

“”The monitoring mechanism has the capacity to actively or passively record, monitor or tap into the content of any incoming or outgoing electronic communications traffic such as voice.

“The proposed connection point will risk exposing content of voice traffic. The voice transaction damp for the revenue assurance tool should be enough without risking individual customer privacy. We are minded that the law does not talk about intent but capability, which the current architecture processes,” the GCT stressed.

This legal framework not only established the basis for monitoring activities but also prescribed certain design and connection standards for the monitoring system.

The GCT, however, stated that the current arrangement violated the regulatory frameworks stated above.

“As a law-abiding industry we only seek that the monitoring conducted through the common platform should be done according to the very law that empowers the NCA and GRA to monitor us,” the GCT stated.

The Chamber called for a continuous collaboration between the regulator and the telecom operators to resolve outstanding challenges.

When contacted on whether the telecoms would comply with the ultimatum, Mr Ashigbey explained that the connection was prescribed by the law although what was being proposed did not comply with the law.

He said the telecos would engage the government to ensure compliance.