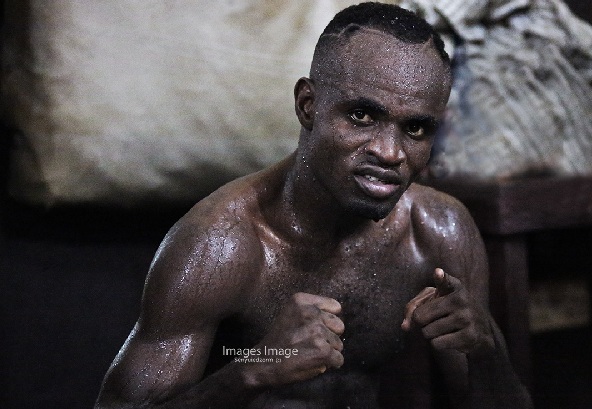 Tagoe, who will make a ring return in May, expresses optimism of landing a world championship fight after his upcoming bout.

The 32-year-old boxer has been training in Ghana since earning a majority decision victory over Mason Menard in Florida, USA, last November.

Tagoe is set to return to his Florida base in the US in the coming days to begin a training camp ahead of his upcoming bout in May against an unknown opponent.

“I’m close to winning the world title now because I have a final eliminator to get a shot at the WHO belt,” Tagoe told the Graphic Sports in an exclusive interview.

“What I have to do is to ensure I win my upcoming fight and I have started training here already. The main work will be done in the US when I commence my camp,” he added.

The lightweight division remains one of the hottest in the sport at the moment, with big names such as Teofimo Lopez, Devin Haney, Gervonta ‘Tank’ Davis, Vasyl Lomachenko, Richard Commey and George Kambosos, among others, all seeking for dominance.

When asked if he wanted to add his name to the elite list, Tagoe said he was ready to face any of the fighters in the division to prove his worth.
He explained that fighting the top boxers in the division would help him to announce his presence in that tough division.

“I am ready to face anyone in the lightweight division. I’m not afraid of anyone because I believe in myself and what I can do in the ring,” Tagoe boasted.

“It is just a matter of taking your opportunities when they come and I’m ready for that. I want to tell the world who I am and I am looking forward to that day,” he stressed.